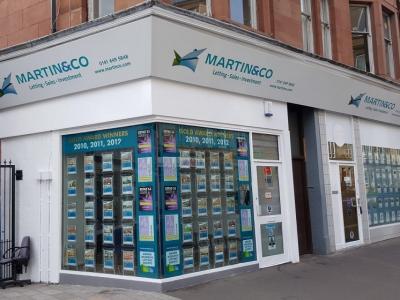 To help the current group of young players, Hillwood Boy's Club 2003s linked up with Martin & Co of Glasgow Shawlands, who supplied invaluable sponsorship for them to play in the annual Blackpool Cup during the Easter weekend dressed in new kit and looking professional.

Head coach Ross Connelly said: "Without the backing of Martin & Co it wouldn't have been possible to have the boys ready for such a big tournament". The team faced the best teams in Europe at the tournament and unluckily got beaten 2-0 in the semi-final, but overall achieved 3rd place with a 3-0 walkover against Dutch outfit VV Tricht. An amazing achievement for a team that was formed less than a year ago.

When an organisation celebrates a milestone in their history they like to mark that milestone with some kind of occasion and Hillwood boys club are no different. This year they celebrate 50 years in the community and to bolster those celebrations they have events like a civic reception lined up to congratulate club founder Willie Smith in his hard work and endeavour over that last half century.

Also in the pipeline for the club is their very own state of the art training and playing complex in Priesthill that will take the club into the next 50 years of grassroots football, with a purpose to match or succeed the achievements of Hillwood greats like Alex McLeish, David McCracken or Peter McDonald.