Top 8 surprising factors that influence the value of your property 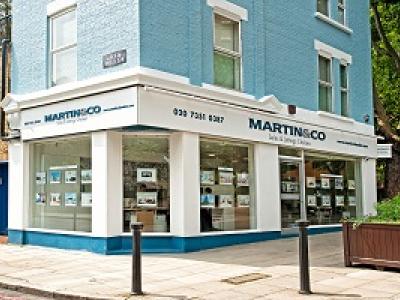 There are many factors that influence the price of London's properties including their location, the type of construction, the condition of the house, the type of floors, etc.. However, besides these common features, there are number of smaller things that most of us do not even realise. Let's see what are the little things that also considerably affect the price of a property.

The nearest supermarket near you

According to Lloyd's bank a property, situated near the reputed supermarket Waitrose can benefit from up to £ 38 666 (10%) increase of its market value. If you are near Sainsbury's the added value can reach £ 27,939. At the same time a neighborhood with Marks and Spencer is estimated to qualify for additional £ 27 182.  Iceland will bring another £ 20,034.

The name of your street

A study of Zoopla indicates that the streets with the word "Warren" in their name are the most expensive properties in the UK, with an average market value of £ 607,267, followed by streets with "Chase" - £ 482,867.

On the contrary, properties with names ending at "Street", "Court" or "Terrace" generally fall into the category of affordable, medium priced accommodation.

House with a dark past

Properties where there was a serious accident, death, murder or suicide, will inevitably be negatively affected. The reason is that nobody wants to like in a place associated with such an episode. This in turn is leading to a decrease of the property's market value. If the price of a property seems inexplicably low, then it's advisable to investigate its history.

Reputed schools in the area are one of the key deciding factors when it comes to buying a property. According to the Organization of the British real estate appraisers, the bad reputation of local schools in the national rankings could decrease a property's price to at least £20,000. However, even good public schools raise property values in the area by approximately the same amount.

According to the London School of Economics, this proximity can cost up to 12% loss of the total market value of the property.

This factor may affect the market price in both directions, but in most cases will have a positive impact on sales. The Research Agency MATS confirmed that nearly a quarter of the buyers are seeking proximity to such an amenity  where 35% of buyers consist of younger buyers between 18 and 24 years of age.

The proximity of the market area/street

This will add at least another £25,000 to the asking price, according to Zoopla.

Holders of house number 13 lose an average of £6,500 less when sold, compared with their neighbours.

Some British streets even reached the point that they skipped this number at all. For instance at the British Municipality Durham the number 13 is officially non-existent in the numbering of houses.

If you are planning on selling your home in the near future, contact us on 020 7351 0387 or at chelsea@martinco.com  to get up-to-date valuation of your property with our free of charge, no-obligation market appraisal!

By getting a free house valuation, you will be able to quickly and effortlessly determine whether or not selling is a viable move for you. So, don't wait, contact us today!


Back to all articles