Property prices along the river Thames 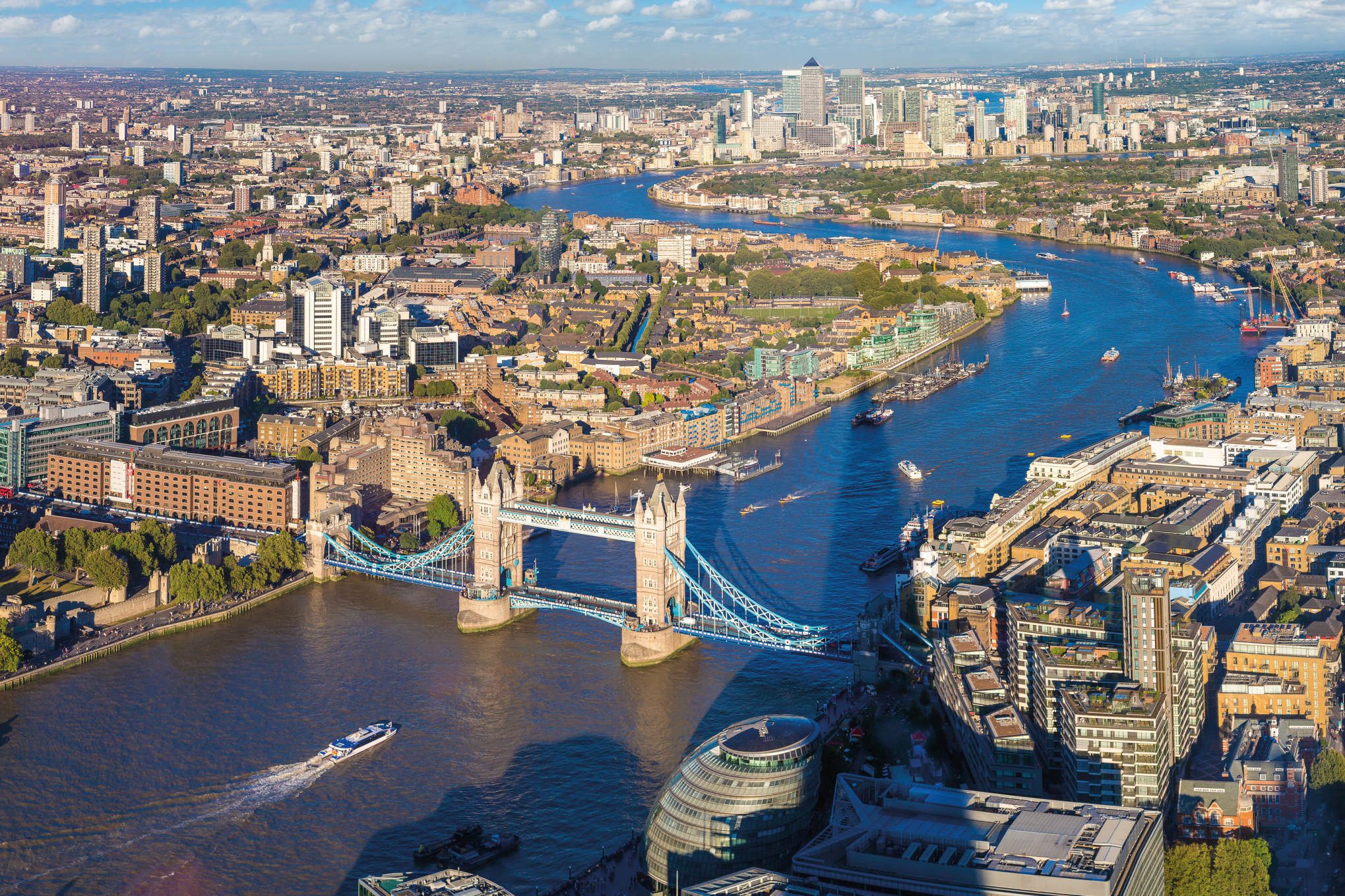 There’s something incredibly tranquil about a property with a riverside view – especially in the UK’s biggest cities.

In London, homes with views across the River Thames are in high demand and many command a price premium.

However, depending on location, it’s possible to pay as much as £3million or as little as £280,000 for a Thames-side property.

Here, we’ll explore the length of the river and reveal what you can expect to pay for a riverside view in the capital…

The property market in London hasn’t quite followed trends across the rest of the UK since the onset of the Covid-19 pandemic.

Where is the cheapest view of the River Thames?

Property hunters looking for a River Thames view on a budget should look in Thamesmead.

Thamesmead is home to a large number of 20th century flats and houses that line the river north of Abbey Wood, with Barking in East London on the north bank.

Further south east along the river, Erith in Kent has an average riverside price of £291,280, while Dagenham on the north side of the Thames also boasts an average property price under £300,000.

Where is the most expensive view of the River Thames?

London property prices tend to rise the closer to central London you are and properties alongside the Thames are no different.

The SW1A area of Westminster and Whitehall includes such famous homes as Buckingham Palace and 10 Downing Street.

Properties in upmarket Chelsea, meanwhile, average just over £1.5m, with the views over the river towards Battersea park from Chelsea Embankment particularly sought-after.

Should I buy a property on the River Thames?

A riverside view in London is a precious commodity in a city as bustling as the capital.

But as our analysis shows, it is possible to find a Thames-side property in London without the high prices the city has become known for.

In fact, our research found 24 London areas with property prices below the city’s average and a whole host just above it – including some in prime central London.

So, if a London riverside property is on your wishlist, now could be the time to start your search…

Martin & Co looked at the average price of properties on the River Thames by London postcode, using data from Dataloft Inform, which uses Land Registry data. The data was extracted 25/08/2021.

To determine which postcodes to include, we first pulled the price data for wider postcode districts bordering the Thames (e.g. SW3), and then broke this down into the areas of that postcode that are directly on the river (e.g. SW3 4, SW3 5). An average price was then taken of those smaller riverside areas to determine the average cost to buy a riverside property in that postcode.

* The only exception to grouping postcodes together was SE1, as this covers such a large number of riverside locations which vary in price greatly, so these areas were looked at individually.

** Some areas (such as EC3N, EC3R, EC4R) didn't have enough sales data from the past 12 months to give an accurate average sales price, in which case we expanded the target area beyond the riverside.