Everything you need to know about Georgian property 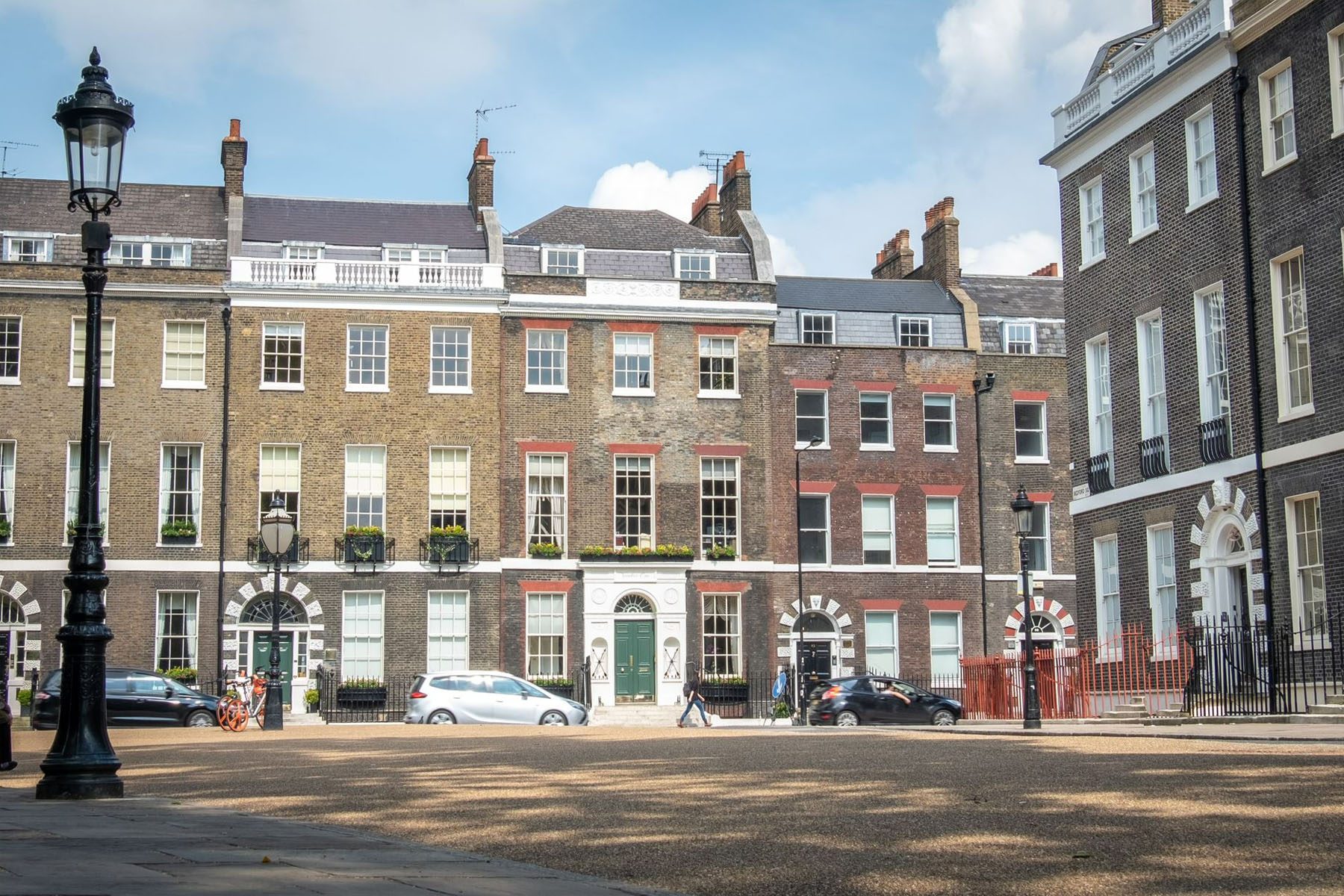 Period property in the UK has arguably never been more popular with buyers.

In fact, many buyers are prepared to pay a premium for a good property dating from the Georgian era.

In this guide, we’ll explore everything you need to know about Georgian property, including what to look for when buying one to renovate and how you can tell if a property is Georgian, Edwardian, or Victorian.

What year is a Georgian house?

Georgian properties were built between 1714 and 1837, during the reign of George I to George IV.

However, there are some differences between properties built in early Georgian times and those constructed during the Regency period, when George IV was Prince Regent, in the early 1800s.

How do you know if a house is Georgian?

Houses built in the early Georgian period were symmetrical, yet simple in their decoration, with Georgian homes becoming more decorative and ornate throughout the period.

Traditional Georgian terraces were often arranged in long rows, with properties being set over three or four storeys.

This is because, traditionally, the top floor was used as servants’ quarters, with the middle and bottom floors having higher ceilings and more ornate decoration.

Georgian terraces are often completely symmetrical and balanced, although some rows, such as those in Bath, were built in a curve for added opulence.

Traditional Georgian properties, particularly those in London, either had extremely small gardens, or no gardens at all.

So, when they were built, they were arranged around central garden squares that could be used by the property owners.

Properties built during the Tudor and Stuart periods of the 1400s to the 1600s were often small and dark, with tiny windows.

A key feature of Georgian homes is that balance and symmetry, with square rooms of equal size.

Kitchens were often on the ground, or lower ground floor, with middle floors used as reception rooms and entertaining spaces and higher floors used for bedrooms and servants’ quarters.

Georgian properties will often have one or two windows bricked-up.

This is because property owners in the 1700s and early 1800s were taxed based on how many windows their homes had – the idea being that a home with more windows was larger and meant the owner was wealthy.

So, Georgian homeowners often covered several windows with bricks to lower their tax bills – and left the windows covered even when the tax was lifted.

Look out for large ceiling roses made of plaster and elaborate cornicing around high ceilings.

Grandiose fire surrounds were also a staple of large Georgian properties – particularly those in the late Georgian and Regency eras.

What is the difference between a Victorian and Georgian house?

Victorian properties coincided with a time of high demand for housing in the UK, as more and more working- and middle-class people were able to afford to buy their own home.

That meant smaller rows of simple Victorian terraces were built to meet demand.

As the Victorian period evolved, properties became more ornate and decorative, with fireplaces in each room, cornicing and floral-style ceiling roses.

How are Georgian and Edwardian properties different?

Edwardian homes, dating from 1901 to 1910, saw a return to the larger rooms and wider, more grand hallways associated with Georgian properties.

Edwardian homes, however, have pitched roofs and often mock-Tudor cladding, while bay-fronted windows also became even more popular during this era.

Where can I find Georgian property for sale?

Lovers of Georgian properties are spoiled for choice in the UK, with many homes from the period available to buy.

Bath in Somerset is one of England’s finest Georgian cities.

Bath is also known for its crescents of curved Georgian homes.

London is known for its period homes across the Georgian, Victorian, and Edwardian eras.

For the best Georgian properties, Islington and Regent’s Park in North London are happy hunting grounds, while Chelsea in West London is also home to some stunning Georgian terraces.

Cheltenham in Gloucestershire is one of England’s finest Regency towns.

Georgian properties from this period were at their most decorative and opulent, so look in areas like Pittville and Montpellier, where there are also some Bath-style curved crescents of stunning Regency homes.

Georgian property for renovation: things to look out for

Buying any kind of period property often comes with some renovation work.

It’s important to remember many Georgian homes are more than 200 years old, so often require major work to bring them up to modern standards.

Older Georgian properties, in particular, may have slightly crooked features like windows, doors and floors.

With homes of this age, it’s important to have a full structural survey carried out to assess potential structural problems – which can be very expensive to put right.

Damp-proof courses weren’t introduced to standard home-building until the early 1900s, so many Georgian properties weren’t properly damp-proofed when they were originally constructed.

While many previous owners will have had damp-proofing work carried out, some properties may suffer from rising damp.

Inspect walls, skirting boards and ceilings for signs of damp and mention any concerns you have to your surveyor.

3. Poor renovations or lack of features

In properties of Georgian age, there’s a strong chance they will have been renovated many times before by previous owners.

Be sure to thoroughly check any previous work and assess whether it fits with the age and style of the property.

For example, if the original sash windows have been replaced by a cheap-looking uPVC alternative, that will affect the property’s appearance and possibly, too, its value.

People buying period homes in the mid 20th-century sometimes had a tendency to rip out or cover up period features like fireplaces, ceiling roses or cornicing in favour of simpler finishes.

So, assess what’s missing and think about how you can restore the property’s character.

Because of their age and architectural importance, many Georgian buildings are Grade II listed.

This means some renovation work, such as structural changes, may not be permitted, so always check to see if a property you’re viewing is listed.

Georgian properties in Conservation Areas, meanwhile, may be subjected to Article 4 Directions, meaning planning permission may be required for certain work.