The cost to live near a royal 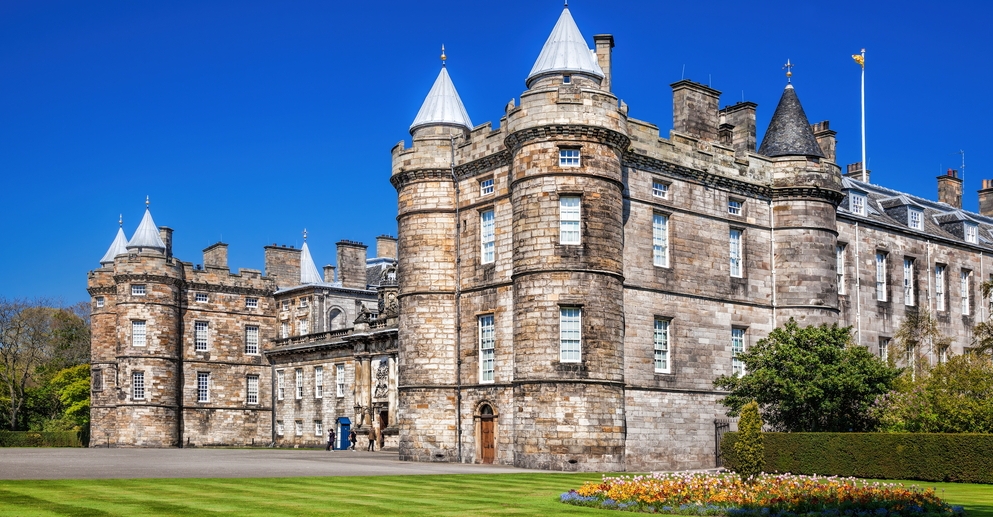 Imagine living near the Queen, or the Prince of Wales?

You’d probably be forgiven for thinking that having the royal family as your neighbours is an unachievable dream – but it’s actually not out of reach at all.

And, according to our survey of more than 1,000 people, 22% would be willing to pay more for a home if a member of the royal family lived nearby, while 21% would pay more in rent to live near a royal.

Not only that, but having a home close to a royal residence could add as much as 63% to the value of your property, according to research.

Where do the royal family live?

The royal family have a host of residences spread across the UK, including:

Anmer Hall was built in the 19th century and is leased by the Sandringham Estate in Norfolk.

Anmer Hall is a Georgian property located on the Sandringham Estate, Norfolk.

How much is a property near Anmer Hall?

Properties in the same postcode as Anmer Hall cost £280,307 on average – only just above the UK national average.

The most famous of all royal residences, Buckingham Palace is visited by more than a million people every year.

The palace is the Queen’s primary residence, but it’s also lived in by Prince Andrew, the Duke of York and Prince Edward and his wife Sophie, the Earl and Countess of Wessex.

Such is the popularity of the Queen, 26% of people in our survey would be prepared to pay more for a property close to one of the monarch’s main residences.

Buckingham Palace is in central London, located in the City of Westminster.

Buckingham Palace sits in the SW1A postcode – one of London’s most prestigious areas.

How much is a property near Buckingham Palace?

Built by Henry VIII in the 1500s, St James’s Palace is home to Princess Anne, Princess Beatrice, and the Queen’s first cousin, Princess Alexandra of Kent.

How much is a property near St James’s Palace?

Clarence House is steeped in history and was once the private residence of Princess Elizabeth, the current Queen Elizabeth II.

Now lived in by the Charles, the Prince of Wales and Camilla, Duchess of Cornwall, Clarence House was the residence of Charles’s sons, William and Harry, between 2003 and 2011.

Queen Elizabeth, the Queen Mother, also lived at Clarence House from 1953 until 2002.

Clarence House has the same postcode at both Buckingham Palace and St James’s Palace –SW1A.

How much is a property near Clarence House?

The former home of Prince Harry and his wife Meghan, the Duke and Duchess of Sussex, Frogmore Cottage is now lived in by Princess Eugenie, her husband Jack, and the couple’s son August.

Frogmore Cottage can be found close to Windsor Castle and the River Thames in Windsor, Berkshire.

Like Windsor Castle, Frogmore Cottage sits in the SL4 postcode of Windsor.

How much is a property near Frogmore Cottage?

Gatcombe Park is the country home of Princess Anne, the Princess Royal.

Grade II listed, it was built in the late 18th century and purchased by Queen Elizabeth in 1976 as a home for Princess Anne and then husband Captain Mark Phillips.

The couple’s son and daughter, Peter and Zara, also lived at Gatcombe Park until both were married.

Gatcombe Park is in the heart of the Cotswolds, close to Stroud and between the Gloucestershire villages of Minchinhampton and Avening.

How much is a property near Gatcombe Park?

Highgrove House was privately owned until 1980, when it was purchased by the Duchy of Cornwall as a country residence for the Prince of Wales and his then wife, Princess Diana.

Highgrove is still Prince Charles’s main retreat with the Duchess of Cornwall and the property’s gardens are open to the public, with more than 30,000 visitors every year.

Highgrove House is located in Doughton, Gloucestershire, close to Tetbury and in the eastern part of the Cotswolds.

Highgrove sits in the GL8 postcode.

How much is a property near Highgrove House?

On average, properties close to Highgrove House in the GL8 area cost £394,232.

Kensington Palace is best known as the home of the Duke and Duchess of Cambridge, Prince William, his wife Kate and their children, Prince George, Prince Louis, and Princess Charlotte.

As well as the Cambridges, Kensington Palace is also the home of the Duke and Duchess of Gloucester and Prince and Princess Michael of Kent.

Kensington Palace can be found in Kensington Gardens, west London.

How much is a property near Kensington Palace?

Close to Kensington Palace and within the palace grounds, Nottingham Cottage was Prince William and Kate’s home between 2011 and 2013, before being taken on by William’s brother Harry and his wife Meghan.

How much is a property near Nottingham Cottage?

The average price of a property close to Nottingham Cottage is £2,411,735.

Originally built in the 11th century by William the Conqueror, Windsor Castle is synonymous with the British monarchy.

Used as an entertainment venue by Queen Victoria, the castle is now the weekend retreat of Queen Elizabeth II and a venue for state visits.

The castle is located just outside of Windsor town centre in Berkshire, close to the River Thames.

Windsor Castle sits in the SL4 postcode of Windsor.

How much is a property near Windsor Castle?

Hillsborough Castle is the Queen’s official residence in Northern Ireland.

Built during the Georgian era in the 18th century, the building is a country house rather than a castle, despite its name.

Hillsborough Castle is also the home of the Secretary of State for Northern Ireland, as well as a royal residence.

Hillsborough Castle is in County Down, Northern Ireland, south west of Belfast and Lisburn.

The castle sits in the BT26 postcode area.

How much is a property near Hillsborough Castle?

The Palace of Holyroodhouse is the Queen’s official Scottish residence, although it’s more often used for state occasions and entertaining.

The Queen, however, does spend at least a week in the palace every summer, where she carries out official engagements.

The Palace of Holyroodhouse is in central Edinburgh, Scotland, close to the Scottish Parliament building, Holyrood Park and Edinburgh Castle.

Built in the 16th century, the Palace of Holyroodhouse is in the EH8 postcode area.

How much is a property near the Palace of Holyroodhouse?

Properties close to the Palace of Holyroodhouse are among the cheapest homes close to royal residences, with an average price of £246,077.

Owned by Queen Elizabeth II, Balmoral Castle has been an official royal residence since 1852, when it was purchased by Queen Victoria’s husband Prince Albert.

The old castle purchased by Albert was demolished and the new castle opened in 1856.

The estate as a whole now covers around 50,000 acres, having been added to by the royal family over the years.

Balmoral Castle can be found close to the village of Crathie, around 50 miles west of Aberdeen in Aberdeenshire, Scotland.

The castle is located in the AB35 postcode of Aberdeenshire.

How much is a property near Balmoral Castle?

Like the Palace of Holyroodhouse, average property prices close to Balmoral are among the most affordable at £230,179.

Postcode areas of royal properties were searched on Dataloft and Zoopla to find average property values. All average values are based on 100+ sales over the last five years apart from SW1A 1 which had only 29 sales, and BT26 6, EH8 8 and AB35 5 which are average values based on an unknown number of sales over the past 12 months. Data correct as of November 2021.