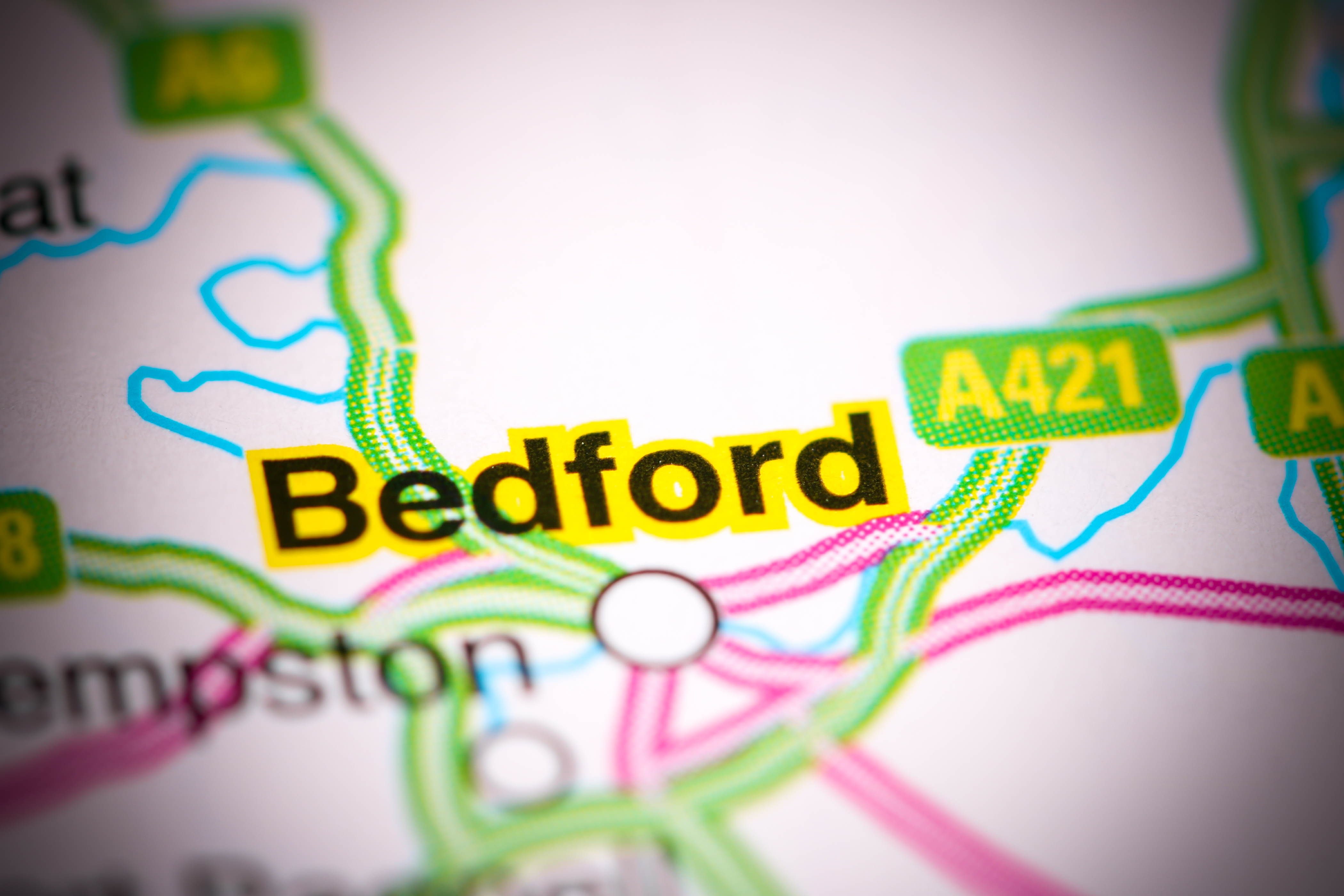 There are few places in the UK outside of London’s pricey walls more cosmopolitan than Bedford.

It’s one of Britain’s most ethnically diverse towns, with an estimated 57 ethnic groups represented.

And on top of that diversity, it’s also home to some superb period properties, as well as more modern family homes.

For such an ethnically diverse pocket of England, Bedford’s rural feel often surprises new visitors to the town.

The River Great Ouse runs right through the town centre, while Priory Country Park and Bedford Park provide an oasis of tranquillity alongside several golf courses following the path of the Ouse.

The town centre is an explosion of cultures, with everything from Indian and Italian restaurants to small independent eateries offering Thai, Turkish and Cantonese delights.

Bedford is also enjoying a period of regeneration, with work on the high street and bus station aimed at improving the heart of the town.

Houses for sale in Bedford

Bedford’s Victorian heritage is evident through its highly sought-after properties from that period.

Property for sale in Bedford also includes mid-to-late 20th century homes, but its Victorian stock is among the most popular with buyers.

Goldington to the east of the town centre is popular with buyers looking for the roomy Victorian semis that line Goldington Road.

Grand Victorian properties also line the Embankment area of town alongside the Great Ouse, with a good proportion of these properties remaining as family homes alongside a healthy number of conversions into flats and apartments.

Those on a smaller budget but with designs on a Bedford period property should head to roads just west of Bedford Park, where quaint Victorian terraces line roads like Hartington Street and Garfield Street.

The Brickhill area to the north of Bedford town centre is home to some of the area’s best mid-20th century houses, with 1960s semis very much the order of the day.

Flats to rent in Bedford

Bedford has a wide variety of property to rent, with flats and apartments close to the town’s main railway station particularly popular with London commuters.

Renters should expect to find a good mix of modern, purpose-built properties in that area, alongside many period conversions from the Victorian era.

Bungalows for sale in Bedford

The Putnoe, Brickhill and Kempston areas of Bedford feature many of the town’s best bungalows for sale.

The village of Biddenham to the west also offers some nice single-storey houses in a quiet location close to the Great Ouse.

Bedford’s raft of new development isn’t just on the commercial side in town – it also extends to some stunning new properties, too.

The Putnoe area is home to many of these, with the Aspire development off Norse Road proving popular with family buyers seeking modern, spacious, brick-built homes close to amenties and schools.

There are also new developments that have sprung up in Biddenham, too, while modern developments of flats on roads like Newnham Street, close to London rail links, are also proving popular with buyers.

Bedford is home to a large number of schools and colleges.

Among the best primary schools are:

All six are rated ‘Outstanding’ by Ofsted, while Bedford also has a further 27 primary schools rated ‘Good’.

St Thomas More Catholic School is the best-rated secondary school, while 10 secondaries in Bedford are rated ‘Good’, including:

The choice of amazing places to eat in Bedford goes way beyond our available word count!

But we’ll summarise some of the best across the wide variety of cuisines offered by Bedford restaurants.

Head to Deshi Spice on Tavistock Street. This venue was awarded the Best Restaurant award at the 2019 Currylife Awards and the Best Indian Restaurant gong at the English Asian Food Awards 2019.

It’s easy to see why.

Expect homemade dishes passed down through generations and some truly unique signature dishes.

It does what it says on the tin, but does it very well, so pastas, pizzas and meats cooked Italian style are very much the order of the day.

Set in a 19th century building, The Castle serves British classics like pie and mash and cottage pie, all washed down with a huge array of cask ales.

Bedford’s main shopping centre is the Harpur Centre, which is home to Starbucks, WHSmith, Boots and Pandora among many others.

For some nice independents, head to The Arcade, a grand Edwardian venue that is a real Bedford gem.

How to get to Bedford

Bedford is well connected on both the roads and railways.

The A421 and A422 link the town with nearby Milton Keynes, while the A428 connects Bedford with Northampton.

The A6 and M1 motorway make Bedford easily accessible from big brother Luton, with the M1 continuing south into London and north towards Leeds via Nottingham and Sheffield.

The M1 being nearby also means visitors in and out of Bedford have good access to the M6 for Birmingham.

On the railways, trains from London St Pancras reach Bedford in 37 minutes.

Direct services are also available to and from Nottingham from Bedford.

What to do in Bedford

The town also serves up plenty of its history, too, through the Panacea Museum and John Bunyan Meeting House and Museum.

For the kids, head to Herrings Green Activity Farm where the little ones can get up close and personal with some of the world’s most stunning birds of prey.

Martin & Co has been serving Bedford for 20 years and owners Shahid and Jay Miah’s experience in the local market is second to none.

If you’re looking to sell, buy or rent a property in Bedford, or you’re a landlord looking for great property management services, we’ll be able to help.

Pop into the branch on Loyes Street, give us a call or contact the team through the website and we’ll get you moving.