Buying a property in Wales: A full guide on stamp duty rates 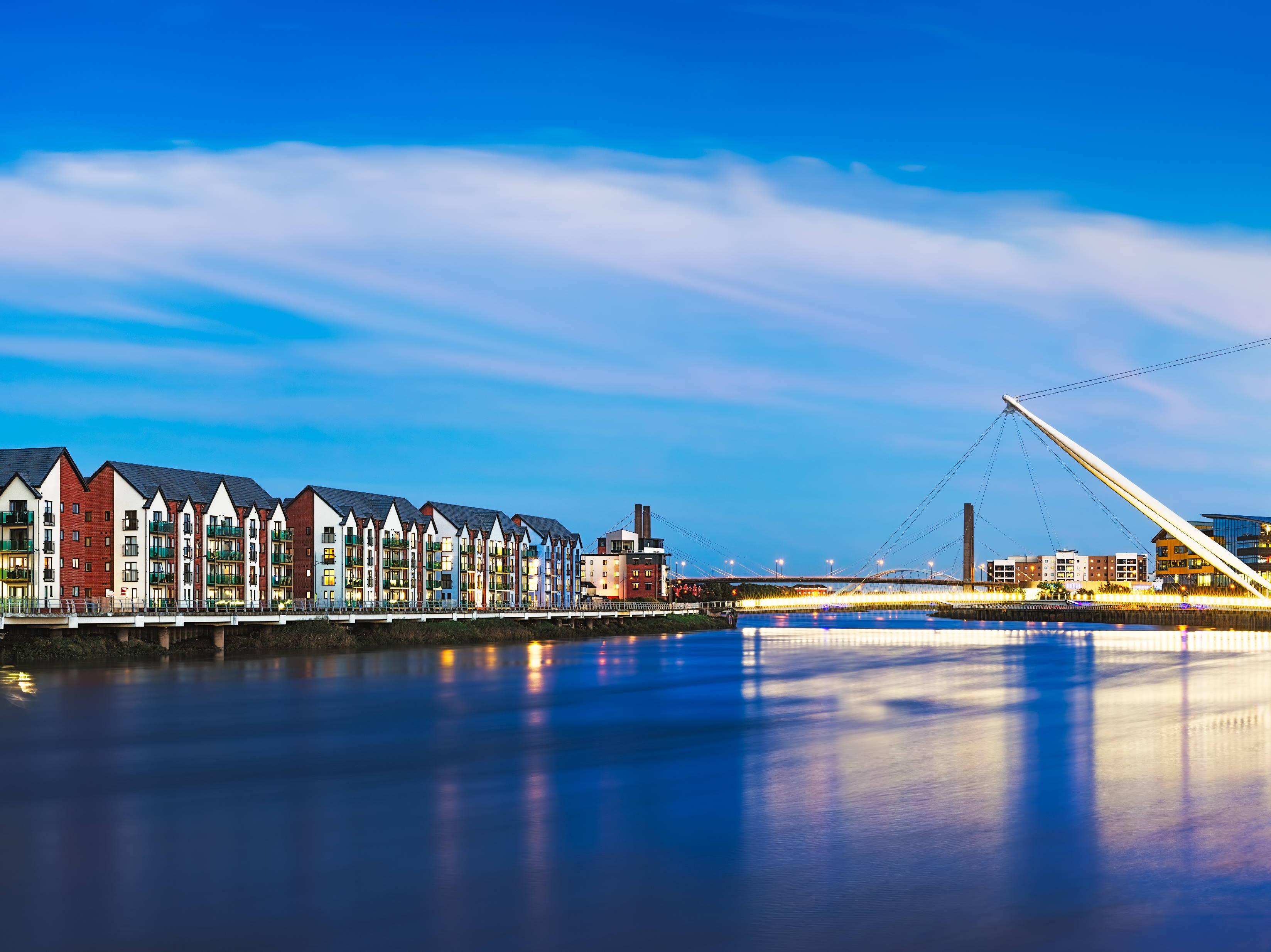 If you’re buying a property in the UK, there’s a chance you’ll have to pay a tax to do so – depending on the value of the property you’re buying.

Most commonly known as stamp duty, the rates of property tax have recently changed across the UK – but vary from country to country.

Here we’ll look at stamp duty in Wales – starting with the fact that it isn’t called stamp duty!

So, is stamp duty different in Wales?

Stamp duty in Wales became known as Land Transaction Tax (LTT) in 2018 and has its own rates and rules compared with the rest of the UK.

If you buy or lease a property in Wales, you could have to pay LTT but what you pay, or whether you need to pay at all, will depend on:

Is there a stamp duty holiday in Wales?

The devolved Welsh government followed England and Northern Ireland when announcing a ‘stamp duty’ holiday from July 27, 2020 to March 31, 2021.

In a bid to kick-start the UK property market following the coronavirus lockdown, the changes to LTT in Wales mean more buyers will be able to buy a home without paying any LTT at all.

Before the announcement of the Welsh LTT ‘holiday’, buyers were exempt from paying LTT on the first £180,000 of a property’s purchase price.

Under those old rules, the rates thereafter were:

The rates thereafter are as follows:

LTT for buyers of second homes and landlords

If you already own a Welsh property and you’re buying another, either as a second home or to rent out, you’ll need to pay higher rates of LTT if you’re additional property costs more than £40,000.

The higher LTT rates are as follows:

But as with any country, the price you pay for a home depends largely on the area you’re buying in…

Property prices and LTT in Cardiff

The average price of a property in Cardiff stands at £249,214, according to Zoopla.

At that average price, a buyer who owns no additional properties would pay no LTT at all.

The average value of a detached house in Cardiff is currently £408,680, according to Zoopla.

Zoopla data suggests the average value of a semi-detached property in Cardiff is currently £263,644.

That would mean a LTT payment of £682 for a buyer who owns no additional properties – a huge saving of £2,450 compared with the old rules.

LTT on flats for sale in Cardiff

With the average Cardiff flat costing £147,498, buyers with no additional properties would pay no LTT.

That average figure is also well below the £180,000 LTT threshold, which is expected to come back into force after March 31, 2021.

Property prices and LTT in Newport

According to Zoopla, the average property price in Newport stands at £183,329 – well underneath the £250,000 LTT threshold, meaning buyers with no additional homes would pay no LTT.

The average price of a detached house in Newport is £292,900, according to Zoopla.

At that purchase price, a buyer with no additional properties would pay £2,145 in LTT.

Semi-detached properties in Newport have a current average value of £186,332, according to Zoopla data.

That means buyers with no additional homes purchasing a semi-detached property for this price would pay no LTT.

LTT on flats for sale in Newport

The average price of flats for sale in Newport is £108,950, so buyers would pay no LTT on a purchase at that price provided they don’t already own any properties.

Prices in Merthyr Tydfil currently stand at £131,141, according to data from Zoopla.

A buyer at that price would pay no LTT as long as they weren’t already the owner of any other properties.

The average price for a detached home in Merthyr Tydfil, according to Zoopla, is £225,544 – almost £25,000 below the LTT threshold, meaning no LTT payment for buyers at that price.

Merthyr Tydfil’s average price for a semi-detached property is £137,722, meaning no LTT would be due at this price.

LTT and flats for sale in Merthyr Tydfil

The average price of a flat in Merthyr Tydfil is currently £68,248, meaning great value for buyers and no LTT payment.

Investors, too, would only face a LTT bill of £2,047 on a flat at this price – meaning great options for landlords looking to expand their portfolios.