Shelter will not give up on letting agent fees, warns ARLA boss

Shelter will not abandon its fight against letting agent fees, the outgoing head of ARLA has said.

Managing director Ian Potter told Letting Agent Today that he believes Shelter is committed to the issue and will not let go.

In Scotland, where Shelter successfully campaigned to have fees to tenants specifically made illegal, Potter said that the ban “has certainly cost jobs and reduced profitability” for agents.

Potter also said that the Advertising Standards Authority ruling on how all agents must display fees was made when they did not understand the technical challenges for portals.

In a wide-ranging interview, Potter – who retires next year at 65 – said that agents are expelled from ARLA, but would not divulge how many have been expelled in the last year.

He also refused to be drawn on how the insurance arrangements work between ARLA and the TDS, citing a confidential commercial agreement.

Potter does, however, reveal in the interview that while ARLA has not previously been active in recruiting new members, it now has members of staff specifically tasked to do just that. He also makes it clear that he still believes ARLA to set the gold standard in the industry.

The interview follows below – and we think it is a must-read, not just for ARLA members but for all agents.

Q. What is your background?

A. I started my working life in banking until I decided on a career change. I then joined a letting business in Glasgow which, along with others, I built into a successful company before selling it in the mid-1990s.

After that, I stayed with this agency for a few years and then moved to a national chain until coming to work full-time with ARLA in 2006. I had been involved with ARLA since late 1992 when I was the original chairman of the Scottish branch. Shortly afterwards I joined the National Council, where I served until becoming a paid member of staff.

Q. How does your job differ now that you are managing director of ARLA as opposed to operations director?

A. The biggest difference is the sharing of the day to day running of the group with Mark Hayward, which has been a fantastic experience. The other aspects of the role have not changed dramatically.

Q. How many members does ARLA have at the moment? Are you actively recruiting new members?

A. ARLA currently has over 6,500 members and the numbers are increasing year-on-year. We have traditionally not actively sought out new members, but as the industry is coming under increased scrutiny, we see real benefit in driving numbers forward.

More members mean that more agents follow a code of conduct which works to uphold letting agents’ reputation. We now have members of staff specifically tasked with recruiting new members and servicing existing members. We see this as a key function going forward.

Q. Why do you think agents should join ARLA? What kind of entry checks do you run on them? What ongoing checks do you make and how fail-safe are these?

A. Agents should consider joining ARLA as a means of demonstrating their desire to provide a professional service and consumer protection to their clients. This sets them apart from the competition.

We know that trust is a key factor for consumers and we want to provide tools for our members to demonstrate this. That is why we require agents to have Client Money Protection provision as well as consumer redress, along with client accounting rules and professional indemnity insurance.

It goes without saying that all members must also have a relevant industry qualification, with our Technical Award being a key feature. We do a credit check on Principal Partners and Directors of member firms.

Is it fail-safe? Well, nothing really is, but we continually monitor results and endeavour to look for areas where we can improve.

Q. ARLA agents use the TDS. Is this mandatory or can your members use any of the other schemes?

A. Members are free to use any government-approved deposit protection scheme.

Q. Do you think that tenancy deposit protection schemes generally are working? Why do you think it is that in Scotland, it was decided against having any insurance schemes?

A. Whilst tenancy deposit protection has its critics, landlords and tenants are generally in a better place than they were before its introduction, with a clearer route to solving problems. The standard of inventory has increased dramatically as a result and that has undoubtedly helped the consumer experience.

Q. How does it work when, for example, an ARLA agent who has registered deposits with the TDS disappears or goes under, taking with them the tenancy deposit money? Can landlords, having presumably had to settle first with the tenants, then claim the money from ARLA, or do they claim it from TDS? What are the insurance arrangements between the two bodies?

A. In that scenario the landlord does not have to deal with it at all. The TDS must deal with the return of the deposit at the end of the tenancy and similarly ARLA can deal with the missing funds under the client money protection provision for the ongoing cases. There is a confidential commercial agreement between TDS and ARLA on how these claims are dealt with.

Q. If someone has a complaint against an ARLA agent, what is the procedure and how long does it take?

A. That depends on the type of complaint and what the client is looking for. In many cases, going through the Property Ombudsman is the correct route, if financial recompense is the desired outcome.

The timescale will always be influenced by the complexity of the case and if other routes to settlement are being undertaken. If legal action, for example, has commenced, we cannot prejudice that process.

Q. Have you expelled any ARLA members over the last year, and if so how many and what for?

A. Numbers are confidential but the main reason for expulsion is failing to provide documentation – usually proof of the insurance or accountant’s report.

Q. It is sometimes said that non-ARLA agents view ARLA as a bit of an elitist clique and that it is very London/south-east centric. What would you say to this?

A. The private rented sector itself is very heavily London-centric with the percentage of the population living in the PRS being greatest in this region. That said, we are a truly diverse organisation with a strong and inclusive membership from all over the UK. We strongly encourage agents from across the country to join.

Q. There seem to have been a lot of things happening in the private rented sector recently. Can you comment on the ban in Scotland on letting agents’ fees and the Advertising Standards Authority stance on how letting agents must display fees and yet not have to do so on the two biggest advertising mediums, Rightmove and Zoopla. Can we also expect more from the Shelter campaign to have fees to tenants outlawed?

A. Shelter is committed to the fees issue in the long term and it is entirely likely we will hear more from them in the future.

The OFT is currently going through a consultation process, which will then require further consideration from us. We will continue to watch developments with interest and give our opinion where appropriate.

Agents in Scotland have undoubtedly been hurt with the loss of these fees but it is really too early to know everything about the impact. It has certainly cost jobs and reduced profitability – which may not impact for a while yet – and has allegedly pushed up rents in some areas.

The ASA ruling has clarified when the fees are required to be transparent to a certain degree, but what is now clear is that they did not understand the technical challenge of displaying these fees on property portals. I would be surprised if OFT do not address that issue in due course.

Q. What does the ARLA code have to say on fees to both tenants and to landlords?

A. The ARLA code states that agents must make their fees clear and transparent for all involved parties.

Q. What are you expecting regarding the timeframe on when all letting agents will have to belong to an approved redress scheme?

A. The Government timetable is for the legislation to be in place for April 2014, followed by a period within which agents must comply. I would be guessing if I put a timescale on this resulting compliance period.

Q. Will ARLA keep up the pressure for mandatory licensing of all letting agents? Could you say something about how anyone can set up as a letting agent and handle the public’s money, without any checks?

Yes, we will keep up the pressure and it is not just about securing industry-wide financial probity. The general lack of knowledge about a very complex area of law is something that gives us concern, given the open access to the industry. It is now very difficult for a voluntary raising of the bar, but we will continue to look at all options.

Q. How do you see the future of the private rented sector and do you think that tenant demand will decrease once the second stage of Help to Buy kicks in?

A. The second stage of Help to Buy will take away some of the potentially better tenants that have been in the PRS. It is not a limitless product, however, and with an expanding population and a lack of house building generally, there is still space for the private rented sector. There are many micro markets and that is why housing policy should not be a ‘one size fits all’ solution.

Q. There appears to be a growing trend for agents to be prosecuted when they manage properties that are substandard, rather than landlords. What is your view on this?

A. Many of our members reject property because of the standards. Yet far too often, they then go on to see another agent build their business on these poor-quality properties, which impacts on the sector’s reputation as a whole.

If enforcement is carried out, then it should in the longer term benefit the sector and the consumer experience as well.

Q. Do you have a view on build to rent?

A. I think it can present an interesting opportunity for our members, but can also have an effect on existing landlord portfolios. Again, the impact of it will vary hugely from region to region.

Q. Complaints against letting agents as reported by TPO are at a high. Does this give you cause for concern?

A. It does concern me but I am very pragmatic about it. As the number of agents belonging to a scheme has increased, the number of tenancies protected is greater and therefore more have the route to a complaint.

I also believe that tenants and landlords are becoming more aware that they can complain. I would hope that in the longer term we will see an improved sector as a result. It is all part of the argument that a properly regulated sector can improve the consumer experience and the overall reputation. 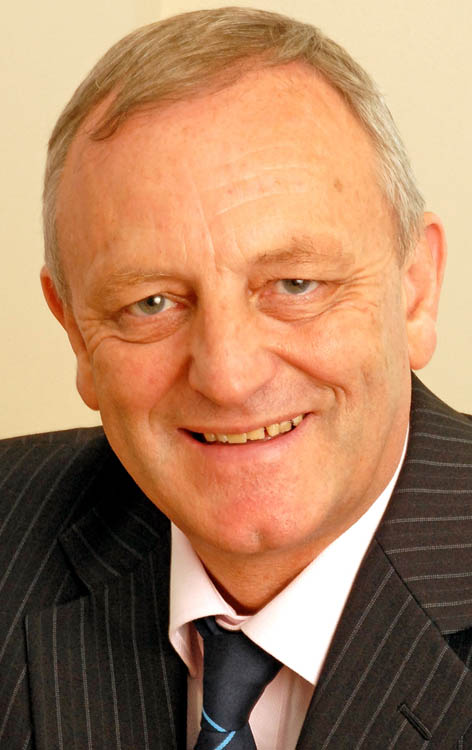