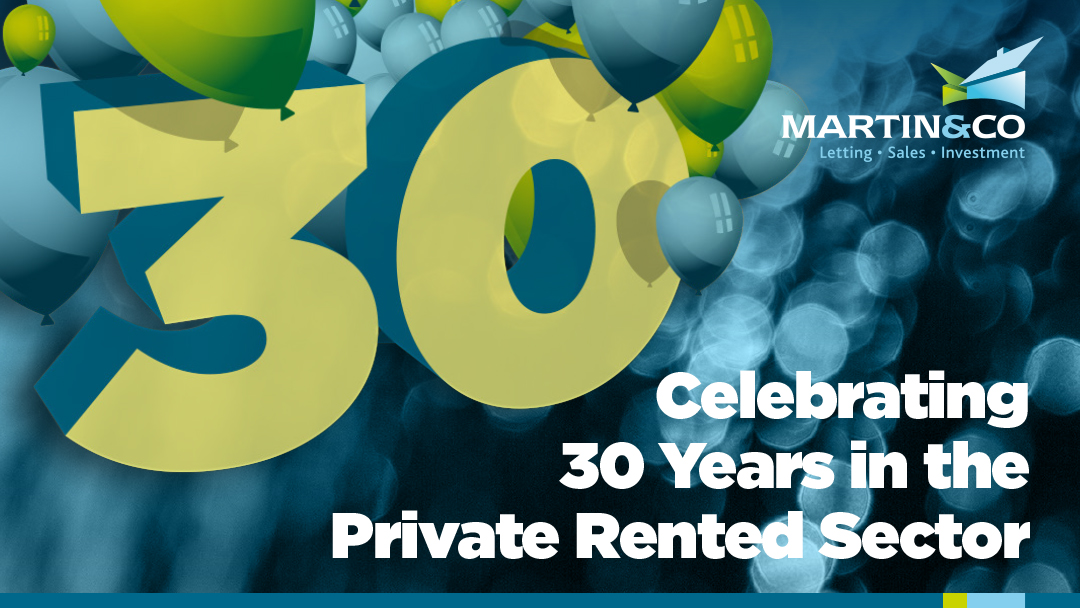 According to the report, 30 years in the Private Rented Sector, marking the anniversary of when Martin & Co let its first property, growth has been particularly significant in the past 10 years, with a staggering two million new households entering the private rented sector across England alone.

Today, 71 per cent of households aged between 16 and 24 now live in a privately rented home, up from 32 per cent in 1986. The huge increase has been caused by a number of factors, including house price inflation, the introduction of buy-to-let mortgages, immigration, and the rise of the student population.

Ian Wilson, Chief Executive at Martin & Co, said: "With property outperforming gold threefold and more than doubling growth seen by shares in the FTSE100 over the past three decades, our forecast is that the private rented sector will continue to grow over the next 30 years and flourish as an asset class."

Property has grown in value an incredible 768pc in the last three decades, and rental returns have also increased. The average Martin & Co tenant pays a monthly rent of £751pcm.

As for regional growth, East Anglia has strengthened the most since 1986, measuring in at a private rented sector growth of almost 200pc. Scotland and the East and West Midlands follow with 180pc and 172pc increases respectively.
The report highlights that the private sector could grow by as many as 1m new rented households in the UK by 2021, and by at least 500,000. Meanwhile, the average first-time buyer deposit is £50,000 . double the national average salary.

The figures show that buy-to-let remains a good bet for investors. You can access the full report, for free, by visiting www.martinco.com/askmartin.
Back to all articles