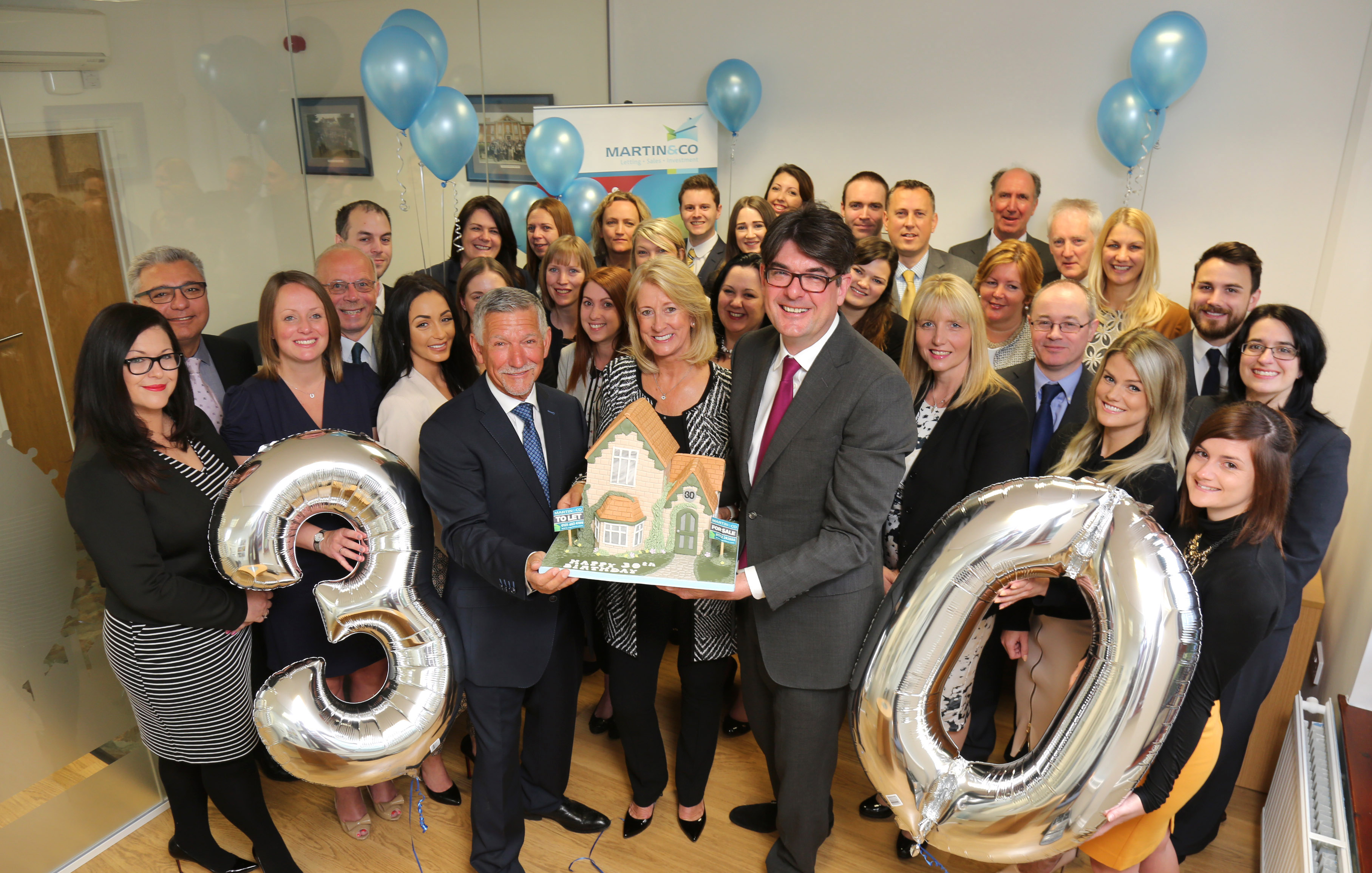 On this very day in 1986 our now chairman, Richard Martin opened the first Martin & Co office in Yeovil.

Three decades of hard work and dedication later and we are proud to be the largest letting and property management franchise business in the UK, with a network of almost 200 Martin & Co offices!

So where did it all begin?

The plans for a nationwide franchise network were born when Richard Martin was taking a well-earned holiday, in Portugal in 1993. Richard started reading a book about McDonald's, the most famous franchise in the world. After completing it, he realised that the best way to forge a successful franchise brand was to depend upon rigid consistency.

Richard envisioned a nationwide network of offices under one brand. They would all operate to the same quality standards but also be independently-run by estate agents with expert knowledge of their local market - a recipe for success.

So after eight years trading from the Yeovil office, Richard set up Martin & Co as a franchise, and the company has been growing ever since.

Now, with 2016 upon us, we decided to mark the momentous occasion with a special market intelligence report, "Celebrating 30 Years in the Rental Sector". We've analysed the private rental sector and its evolution since the first Martin & Co office opened, when just 10% of all UK property was being rented privately. You can download your FREE copyhere.

If you would like advice on joining the buy-to-let market, managing your tenants, searching for your dream home or your next property investment, contact your local Martin & Co branch today, who will be more than happy to help!

Finally, as we celebrate 30 momentous years, we thought it would be fun to take a quick look at who else is turning thirty with us!

The would-be Twilight star, Robert Pattinson was born in 1986 and shares the same birth year with the likes of Ellie Goulding, Lady Gaga, Megan Fox and Game of Thrones legend Kit Harington.

Can you believe it's been three decades since Lionel Richie decided to go "Dancing on the Ceiling"?

What's more, 30 years has passed since Berlin sung the soundtrack to Top Gun and Europe started "The Final Countdown".

The popular game show Catchphrase and medical drama Casualty are also celebrating 30 years with us.

Stationery leaders Staples have been keeping offices in good supply since the mid-eighties and Pixar, the talent behind Toy Story, Monsters Inc. and Finding Nemo (to name a few) sprang into action in the same year.

Well, it looks like there's a lot of celebrating to be done all over the world! From all of us at Martin & Co, we would like to say thank you for your past, current and indeed future custom. Here's to another amazing 30 years (and beyond) in the property industry!