Government should not intervene in lettings market, warning

Letting agents have criticised the Government’s flagship ‘build to rent’ policy, describing it as a “ludicrous” intervention in the sector.

A survey of over 250 agents by Leeds company Morgans in conjunction with software supplier LetMC, found unhappiness over the Government’s approach.

Institutions such as insurers and pension funds are being encouraged to support house building where whole developments, as well as large parts of schemes, would be developed as private letting units and would be kept off the sales market.

‘Build to rent’ is being underpinned by a £1bn fund announced in the Budget and already a number of players, including social landlords, Berkeley Homes and the Prudential, have confirmed plans to enter the market.

In speeches, housing Mark Prisk has said that the Government must step in because the housing market is dysfunctional. He has said there is a need for more large-scale and experienced institutional investors to enter the rentals sector in order for the market to mature, and he drew comparisons with Europe.

Jonathan Morgan, of Morgans, described the approach as heavy handed and not what the lettings market needs.

He said: “We have reached out to letting agents across the country with our survey and 98% of the respondents felt that the Government has not consulted effectively with them about proposed changes to the industry.

“It’s ludicrous to suggest that the housing market is different from any other market – it comes down to supply and demand, so is the Government now going to intervene in every industry where there is a short-term imbalance?”

He said that ‘build to rent’ is a flawed idea because “fundamentally people in the UK want to buy, not rent long-term”.

He went on: “All the research and evidence points to the fact that UK renters still ultimately want to buy, and so comparisons with Europe are facile.

“Swiss and Germans grow up expecting to rent as their parents did before them. However, with most lenders in those countries always having required around a 40% deposit, the option to buy has always been a distant dream for most.

“British people on the other hand have owned property for generations and it will take a lot more than institutional investment in ‘build to rent’ to turn Britain into a nation of renters.

“Mortgage availability is improving and it will continue to do so, giving more renters the ability to buy their first home. The notion that people in the UK want to rent permanently is just wrong.

“We are already witnessing an increase in sales transactions: the market will adjust.” 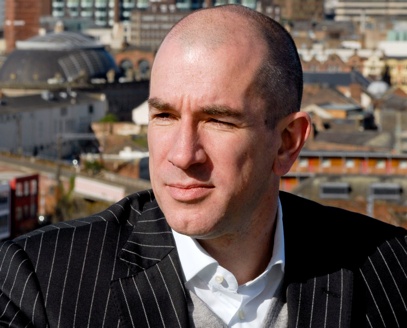