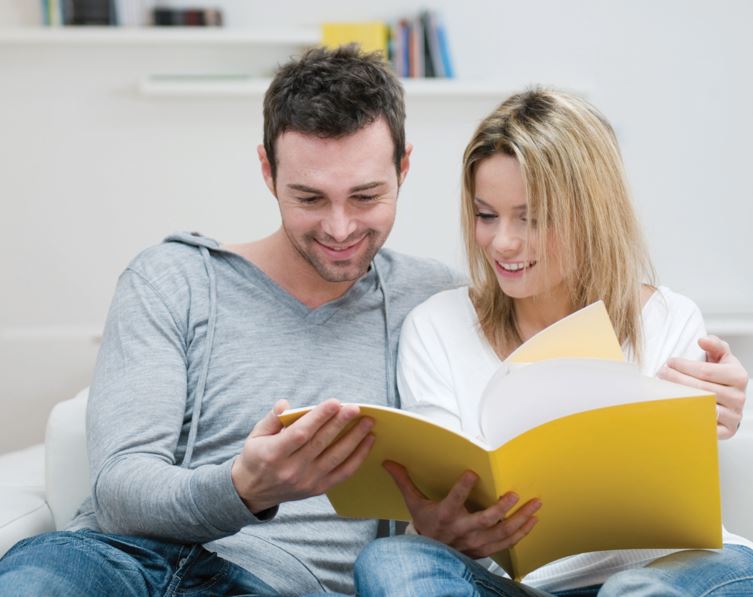 This guest post is brought to you by Michael Jones who works for Beacon Financial Training, a company in the North West of England which offers financial training to people from across the UK. With a recent survey conducted by Santander Mortgages showing that men and women frequently look for different qualities in a future home, it's an interesting insight into how the behavioural norms we associate with genders may govern some of the biggest decisions we make.

The survey suggests that a man may be more interested in the close proximity to his place of work, while a woman may be looking for a good school in the area, but in today's society, when men and women are classed as equals, are they really so different when it comes to buying a house together? Does gender really make a difference? According to the research, which surveyed more than 2,000 people, males will generally concentrate on transport links and the distance to work from the house. The results of the study indicate that a female will treat her home as her castle, and is looking for space indoors. The distance to work was a priority for 35% of men, while 31% of women would rather have internal space. Males are also more likely to be concerned about the neighbours and whether the area is 'up and coming', along with living close to green spaces. On the other hand, the survey suggests that women prioritise having a garden and living close to members of the family, along with being close to a good school. Often, women will concentrate on the features within the home, the bricks and mortar, while a male will look at features within the vicinity of the house. What about stereotyping? Traditionally, a man will spend time in the garden and the garage, while a woman will look after the house and spend most of her time in the kitchen and caring for the family. Today of course, the role of men and women is no longer as clear as it was in the 1950s. Men are happy to cook meals and may want a modern, high-tech kitchen when they are house hunting, while a woman may want somewhere to work while at home, and will prioritise a study. It may be that the lines are blurred when it comes to gender and the effect on house hunting.
Can gender differences be open to compromise? Although men and women may have different priorities when buying a house, the goal is still the same, and that is usually to buy a home that's fit for purpose, close to a place of work, has good schools for a future family and is a good neighbourhood. A survey by Which? asked 1,711 people who had bought a house in the last five years what they had compromised on when buying their home. The items that weren't up for negotiation in most cases included crime rates in the local area, being near to good schools and the number of bedrooms. Men and women are most likely to compromise on the outside space, the location and the general state of repair. Although the survey indicated that women were more likely to compromise, the results indicate that more men are happy with the compromises reached. We may all let our hearts rule our heads at times, but buying a house is a huge decision and, regardless of our gender, it's important to seek professional advice where possible on various factors, including the finance and the property itself. If you would like help and guidance with finding your dream home, contact your local Martin & Co branch today. Disclaimer: Guest blog posts on the Martin and Co blog are written by external companies. Martin and Co do not endorse the products or services of these companies.
Back to all articles