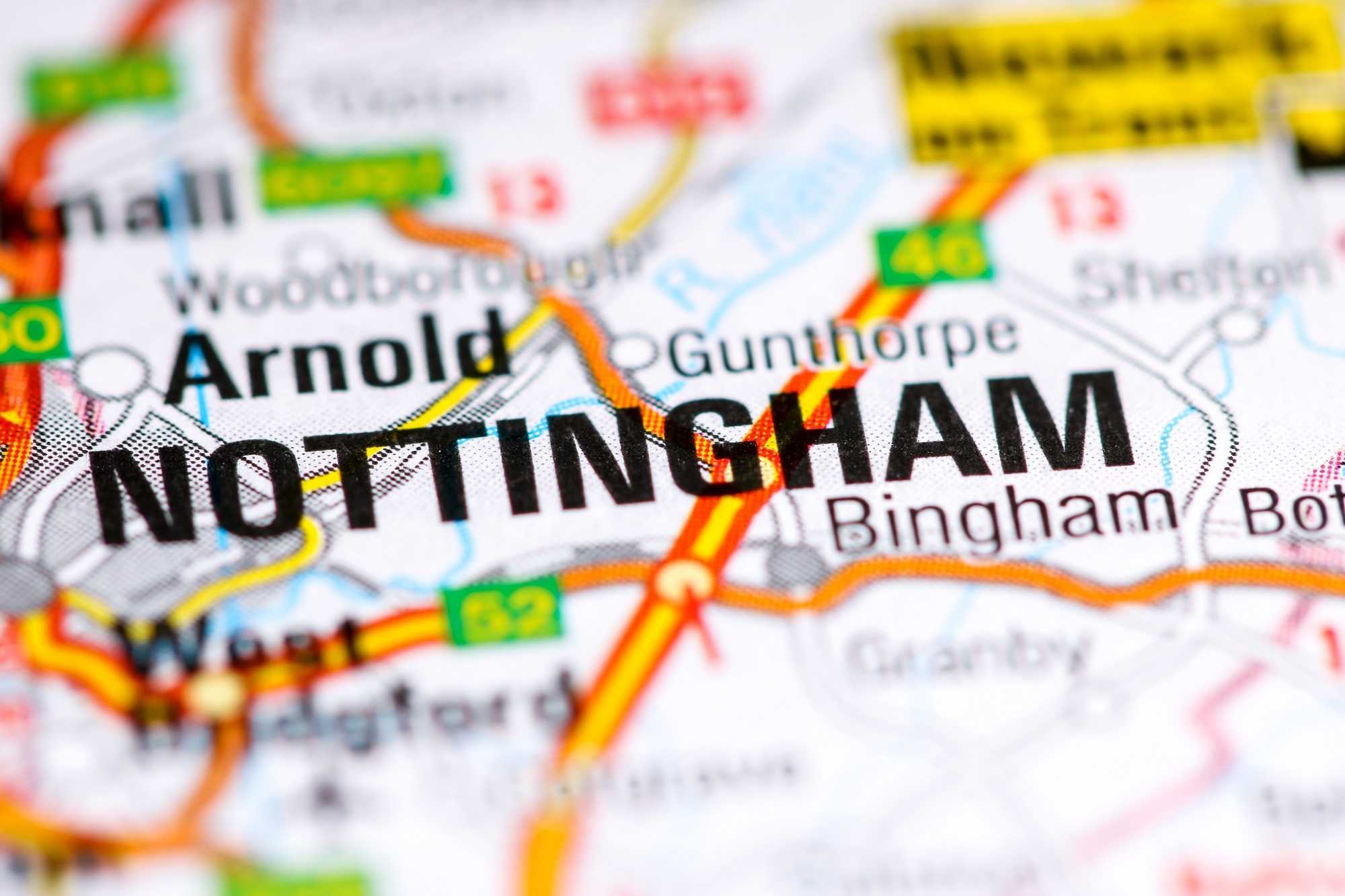 When it comes to history, Nottingham is part of every child’s early years thanks to Robin Hood.

But it’s not just the bow and arrow-wielding outlaw who commands mythical legendary status in Nottingham.

The city is also famous for its literary giants in Byron, DH Lawrence and Alan Silitoe, not to mention European Cup-winning Nottingham Forest FC.

And thanks to amazing properties, great schools, high employment and superb transport links, families and professionals put down genuine roots in Nottingham.

Living in Nottingham: Everything you need to know

Thanks to the legend of Robin Hood, Nottingham is thrust into the minds of children across the world through school storybooks.

But there’s far more to this East Midlands city than the heroic outlaw and his band of Merry Men.

Nottingham was also known, in earlier years, for its lace, tobacco and bicycle industries, while tourism is also high on the agenda in the city.

In 1897, Queen Victoria granted Nottingham city status and it hasn’t looked back since, being hailed both as the ‘Home of English Sport’ and one of only five worldwide ‘Cities of Literature’ in 2015.

These days, Nottingham is a bustling city with a diverse community, in part thanks to its two universities, but also because of a flourishing tech industry that attracts workers from all over the world.

Despite all this, however, property remains very affordable in the city and its suburbs, so let’s take a look at that in more details…

Where to live in Nottingham

Nottingham is a city for a reason – it’s pretty large!

So, knowing where to start your property search can be tricky.

In the city, Trinity Square is close to Nottingham Trent University and the area is perfectly kitted out for students with plenty of bars, cafes and restaurants.

Those with a bigger budget looking for a more historic property should take a look around Standard Hill, close to Nottingham Castle, where properties are grandiose and imposing, but will also put a dent in your wallet.

Beeston is popular with families and is well-connected to the city thanks to its award-winning transport links, while West Bridgford also attracts families thanks to some superb schools and its location just a mile from the city centre.

Ruddington, meanwhile, has more of a village feel with open green spaces and stunning walks.

Hockley, to the west of the city, features largely Victorian properties and has a more arty feel, while the Lace Market area of Nottingham is highly sought-after for its trendy, loft-style apartments in converted industrial buildings and warehouses.

Houses for sale in Nottingham

Much of the properties for sale in Nottingham fall under the UK national average, making the city a genuinely affordable option for a wide range of buyers.

Semi-detached properties over the past 12 months averaged £180,195 according to Rightmove, while larger detached homes in areas like West Bridgford averaged £305,096.

Flats for sale in Nottingham

As well as the industrial, loft-style apartments of the Lace Market area, Nottingham offers flat hunters a variety of purpose-built homes and period conversions.

Larger flats, including some of those in the Lace Market area, creep up to past the £200,000 mark.

There’s value to be found for renters, too.

A one-bedroom city centre flat, close to rail and road links, will set you back around £640 per month, while two-bedroom flats are available for £904 per month on average.

With an average asking rent of £1,239, Nottingham compares incredibly well with other cities in the East Midlands and Midlands and it’s excellent transport links mean renters can take advantage of value while also keeping their commute to a minimum.

Getting around Nottingham is pretty easy for those living and working in the city.

It’s award-winning, publicly owned bus network, which is one of the largest in the UK and the Nottingham Express Transit tram service is also widely used.

For those needing to commute further afield, Nottingham’s location means it’s little more than a four-hour drive to almost anywhere in England. The M1 motorway makes London reachable in three hours, while Sheffield and Leicester are around a 30-minute drive away.

On the trains, services from Nottingham to London St Pancras take 90 minutes, while Manchester is less than two hours away by rail.

East Midlands Airport, meanwhile, offers both long-haul and short-haul flights to a host of destinations.

Nottingham’s location and transport links make it an ideal spot for big businesses.

As well as a fast-growing digital and media economy, Nottingham is also home to the likes of Alliance Boots, G&M, Experian, EON, Capital One and Seimens.

Nottingham’s two universities mean academic employment is also high in the city, while graduates often remain in Nottingham post studies thanks to its science and tech industries.

Nottingham has no concerns when it comes to the quality of the city’s schools.

Whichever area you choose to live in, you’ll be certain to find a great school close by.

What to do in Nottingham

You’ll never be bored in Nottingham, that’s for sure.

There’s also The Exchange Arcade, The Flying Horse Walk, Trinity Square and The Pod, while Bridlesmith Gate is home to a number of designer boutiques.

Culture vultures, meanwhile, have two theatres to visit in the Theatre Royal and Royal Concert Hall, not to mention an array of smaller, niche theatres and music venues.

And if you love your sport, Nottingham is heaven.

The West Bridgford area of the city is home to Nottingham Forest FC, Notts County FC and Nottinghamshire County Cricket Club – with all three stadiums less than a mile apart and separated only by the River Trent.

Things to do with the kids in Nottingham

As well as all that sport, Nottingham has plenty more to offer families with children.

If the weather is poor, the city’s Cineworld cinema is bound to have a film on to keep the kids entertained for a few hours, while The Lost City adventure golf is also great fun for all the family.

The Original Nottingham Ghost Walk is scarily good, but probably only suitable for older children, while Sherwood Forest offers a number of fun activities for children of all ages, including walks and trails, bug hunts and the annual Robin Hood Festival each summer.

If you’re looking for a new property to buy or rent in Nottingham, Martin & Co will be able to help.

We’ve been selling, letting and managing great properties in Nottingham for more than 15 years at our Nottingham City branch, while our Beeston branch opened in 2013.

Whatever you’re looking for, we can help so either pop into our Nottingham City or Beeston branches or contact the team via our website.