One in five households to rent privately 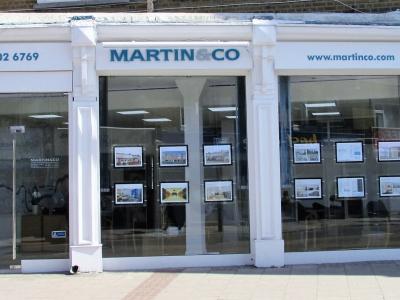 More that one in five households will rent privately by the year 2020, signalling enormous growth in the private rented sector in the first two decades of this century.

“For that to happen, a vibrant and healthy buy-to-let mortgage market is vital, and the Government must foster a regulatory environment that encourages investment by landlords, thereby allowing an efficient private sector solution to the housing challenge facing the UK in the years ahead.”

In 2001, a study by the University of York found that the private rented sector housed just over one in ten (10.6%) of households in the UK.

By 2009/10, according to the English Housing Report, the proportion had swelled to one in six households (15.6%) – a growth of one million more households in private rented accommodation since 2005/2006.

The latest projection comes from buy-to-let lending specialist Paragon, which estimates that the private rented sector is worth £500bn – more than the entire UK commercial property sector.

Its new ‘white paper’ argues that the private rented sector (PRS) is becoming a tenure of choice: 3.4 million households now live in rented accommodation, an increase of 1.4 million (70%) since 2001.

The report also argues that decline in social housing over the past 20 years means that the PRS is now the only real alternative to home ownership. It has also become, for some investors, an alternative to buying stocks and shares.

One difficulty is funding: there are now just 330 buy-to-let mortgage products compared to some 3,500 in July 2007.

Yet the private rented sector is the only way that many people can provide a roof over their heads. “The current economic environment is placing severe pressure on the PRS, with rising levels of tenant demand outstripping the number of properties available for rent,” says the report.

“Department for Communities and Local Government (CLG) figures show a dramatic rise of 300,000 in the number of PRS households between 2009 and 2010 alone, something which is leading to ongoing rental inflation. A recent RICS Residential Lettings Survey showed that the rate of rental growth is at an all-time high.

“Social change will drive much of the increase in demand. The number of UK households is forecast to grow by 6.3 million to 27.8 million by 2031, the equivalent of 252,000 new households every year. UK population growth, net migration, growing numbers of single-person households, people starting families later in life and an increase in the age of first-time buyers are all increasing long-term demand for rental properties.