The Property Market......What's really going on? 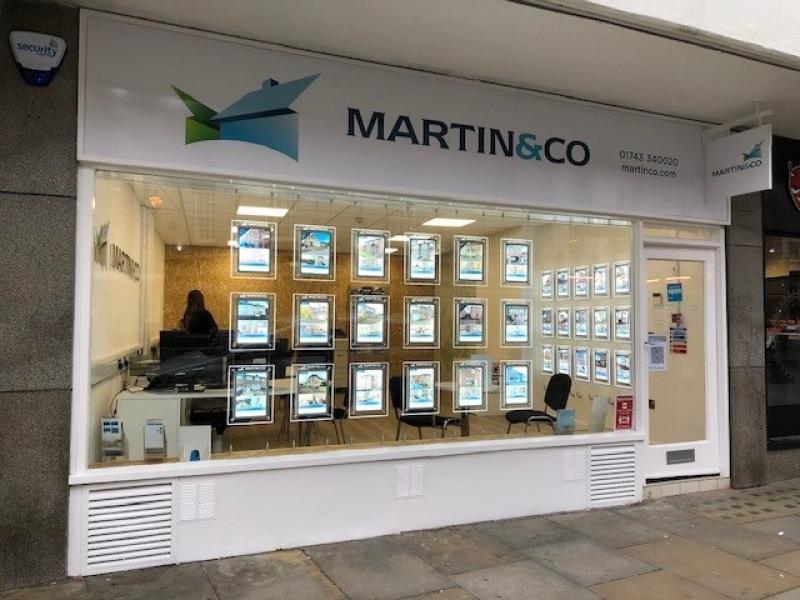 Every day i read conflicting reports, articles and news stories about the current property market, the ups and downs, fluctuations, the rise and fall of house prices.

Each article claims to be correct, each prediction is crammed with statistics and "inside knowledge", however, the more i read, the more i am resolved to make my own decisions and form my own opinions based on my work in the industry. Working in sales and lettings on a day to day basis, i am acutely aware of the state of the property market, what's hot and what's not, what sells and what doesn't, and drawing on this knowledge and experience, i can conclude the following points:

No matter how many articles you read predicting the slow but steady rise of house prices over the next three years, house prices will fall. How do i know this? It's simple.......they have to fall, the state of the current property market is NOT an accurate reflection on the state of the economy, average salaries, interest rates, first time buyers mortgage process......i could go on.......quite simply, people can not afford to buy houses.

As an example i have carried out some research on a generic, three bed property in a popular area of Shrewsbury, Pool Rise, Springfield, Shrewsbury. Taking this property as an example, i hope to highlight the problems facing first-time buyers and young families hoping to settle into that "forever home". The property i have chosen to focus on is a 3 bed, terrace property, with a large conservatory and good sized garden to the rear, perfect for a young family looking for a little extra space.

Saturation of the Market -

From a position of experience in the current property market i can say with some confidence that the current market in Shropshire has reached a point of "over-saturation" in terms of property for sale. We are seeing increasing numbers of properties being advertised for sale, Landlords trying to take advantage of the peak in the market and cash in on their investments, existing home-owners looking to "up-grade" while they can get top end prices for their current properties, the market is becoming flooded with property.........with no one to buy.

Mortgage activity dropped in September compared with a year ago signalling a UK housing market that is "continuing to cool", banks have said.
The number of mortgages approved for house purchases was down 10% compared with a year ago, the British Bankers' Association (BBA) said.
Approvals had been relatively high at the start of the year but have slowed since June.
This may slow the pace of house price rises in the coming months.
The approvals figures show when mortgages have been granted, which comes before the final stages of the house-buying process.
There were 39,271 approvals for house purchases in September, the BBA said.
'Plateau'
New affordability checks, demanded by the regulator, slowed the total of mortgage approvals temporarily in the early summer, the BBA said. Lenders now scrutinise regular income and outgoings including childcare and household bills.
More recent figures suggested that the recovery in the housing market, driven primarily by the South East of England, had started to cool.
There were fears of a property bubble although approvals are still half the level seen in 2006 when the UK housing market was particularly active.
"A year ago there were many of us who were concerned by the heady pace of property price rises," said Richard Woolhouse, BBA chief economist.
"These figures suggest we are now experiencing a steadier housing market and that's no bad thing."
The number of homeowners remortgaging was also down, having fallen by 24% in September compared with the same month a year earlier.
Recent data and comments from the Council of Mortgage Lenders (CML) and the Royal Institution of Chartered Surveyors (Rics) suggested that the housing market had reached "a plateau".
The figures come on the same day as estate agents Foxtons reported a "sharp and recent slowing of volumes" in London property sales.
Meanwhile, figures from the National House Building Council show that builders are preparing to build more homes than at any stage since the financial crisis.
(http://www.bbc.co.uk/news/business-29738071)
Consider that in 2007 the banks were lending (or should I say creating!) £350bn a year to pump into the market. But over the last few years lending has fallen off a cliff. It’s down to less than half its peak value, at around £150bn last year, which will indicate how much harder it is becoming for people, especially first time buyers, move buy into the property market.
Property prices have no choice but to come down, the market can not remain stagnant for much longer and property needs to start "moving" again. The market needs to be creating a much more diverse and wider array of affordable housing, and when i say affordable i do not mean a two bed cottage on the market for £210,000.......we need to start seeing similar prices to those in 1999 for people to realistically be able to afford to get a foot on the property ladder.
Back to all articles