Average house price in England could double in next decade 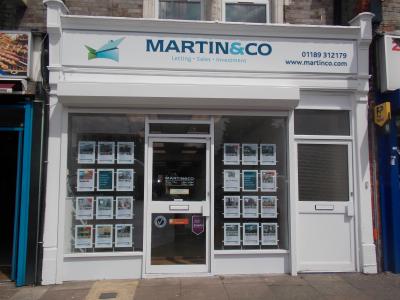 The average price of a house in England could double in the next decade and hit more than £900,000 by 2034, unless there is a radical new housebuilding programme to provide nearly a quarter of a million new homes a year, a report claims today.

Research by the housing charity Shelter and consultancy firm KPMG suggests that more than half of those aged 20-34 could be living with their parents by 2040 as rising housing costs lock them out of the property market.

In a report called Building The Homes We Need, the organisations call for whichever party that wins the 2015 election to address housing in an emergency budget and a new bill, introduced within 100 days of getting into government.

An estimated 240,000 new homes are needed in England to keep up with demand from new households, but even before the financial downturn building was running at well below that level.

Last year, just under 110,000 homes were completed, and the report argues that without action the average price of a home in England, as measured by Nationwide building society, will double from its current level to reach £446,000 in 10 years.

The report urges the next government to take a series ofactions which Shelter and KPMG say could make a difference within a single parliament. The key measures include giving planning authorities the power to create "New Homes Zones" where there would be no development tax and landowners would be able to invest their assets in exchange for shares in any future increases in value. Other measures suggested to ease the property market include unlocking stalled sites by charging council tax on homes that should have been built after a reasonable period; and introducing a new National Housing Investment Bank to provide low cost, long-term loans for housing providers.

Addressing the leaders of the three main political parties at the start of the report, Shelter's chief executive, Campbell Robb, and KPMG'sUK head of corporate affairs, Marianne Fallon say the country "needs a serious plan to transform housing supply".

They write: "If the next government shies away from showing the strong leadership needed, having a home of your own to rent or buy affordably will become a distant dream for an increasing number of people in this country. Rents will rise and homelessness will increase. The economic recovery will be held back by high housing costs, an immobile workforce and unstable housing markets."

Robb said the report "proves that the next government can turn the tide on the housing shortage within a single parliament". He added: "The reality is that government backed mortgages like Help to Buy or tweaks to planning rules will only ever be sticking plaster solutions that risk making the problem worse, not better."

The report came as the latest figures from the Land Registry showed a 0.4% drop in house prices in England and Wales in March, but prices were up by 5.6% year-on-year.

Howard Archer, chief UK economist at IHS Global Insight, said there were signs that "some of the froth" may have come off the housing market. He said: "It remains to be seen if the housing market really is coming off its recent highs. Housing market activity can be erratic, so it may well be just the market pausing for breath after gathering serious momentum over the past year or so."

Land Registry's data does not include sales of newbuild homes, which have been buoyed by the first part of the government's Help to Buy scheme. New figures showed that in the first year of the scheme it was used to buy 19,394 properties worth a total of just under £4bn.