Are we starting to see light at the end of the tunnel for Newport? 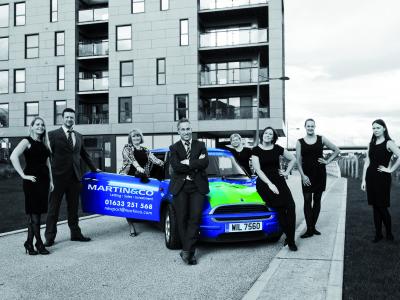 Martin & Co are the largest letting agent in the city; other offices inWalesincludeCardiff, Cwmbran, Blackwood andMerthyr Tydfil.  Owner and Managing Director Neil Williams believes things are starting to look up forNewportas many developments are starting to come to fruition.

The Welsh Government has committed £1.5m to start the preparatory work for Friars Walk.

It demonstrates a real sign of confidence in the project and, together with the announcement of a wider package of support for the city, shows a commitment to Newport at the highest level.

It means that demolition work can begin later in the year and I am looking forward to seeing the next stage of this development underway.

We also saw plans unveiled for a new ‘sustainable suburb’ that marks the final phase of the Old Town Dock regeneration.

A planning application from developer Sennybridge is due in the autumn and the first occupants expected in early 2015.

This is a particularly significant development as the reclamation of the Old Town Dock area was one of the first projects undertaken by Newport Unlimited in 2003. Since then the landscape has changed beyond recognition and it is exciting to see it nearing completion.

Anyone taking a walk around the city centre won’t have missed the impressive monolith that now signposts the entrance to Newport Market.

The old market entrance was tucked away and this needed to be addressed as part of the development of the Market Quarter.

I have already seen some positive comments on Twitter, and I am sure that, in time, it will become a symbol of the regeneration of the area.

Finally, we heard towards the end of last month that a public consultation on the M4 relief road has been announced for September.

The relief road is essential forNewport’s regeneration, and for businesses across the city, it can’t come too soon.