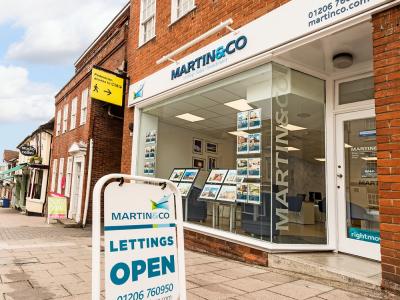 Martin & Co have been chosen as one of 14 sponsors to celebrate the 50th Birthday of Colchester Zoo. For 12 weeks in the summer of 2013, Colchester’s streets, parks and open spaces will be taken over by some unusual visitors... 2.5 metre high giraffes!

Stand Tall for Giraffes is to be a mass appeal, large-scale public art event to celebrate
the 50th birthday of Colchester Zoo!

Stand Tall will raise funds for conservation through Colchester Zoo's charity Action for the Wild and give a huge present to the people of Colchester. The project is being developed in partnership with Wild in Art an experienced arts, events and education company and the team behind successfully staged similar events in the UK, Europe and Africa.

Martin & Co will get to choose a local artist to paint the fibreglass Giraffe which will take pride of place at a location on the High Street from early June 2013.

For one week at the end of the trail there will be a Stand Tall Farewell Tour where all of the giraffe sculptures which will be part of the trail congregate at Colchester Zoo before they go to auction.

The proceeds of the auction will go to the Charity Wild in Art to raise funds for global conservation projects through Colchester Zoo’s charity Action For The Wild, including the charity’s UmPhafa Reserve in South Africa.