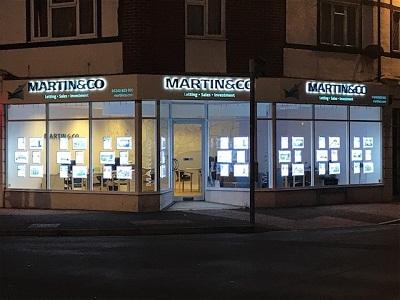 Squatting becomes a criminal offence on 1st September, protecting homeowners and landlords from occupation and serious damage to their property.

The Legal Aid Sentencing and Punishment of Offenders (LASPO) Act received royal assent on 3rd May, 11 months after it was introduced to parliament. The Act will, for the first time, outlaw squatting and offenders will face up to six months in jail and a maximum £5,000 fine if they move into a property without permission.

This is great news for estate and lettings agents, whose clients have suffered the serious consequences of having their property occupied and been powerless to resolve the situation. As well as making squatting a crime, the new legislation contains other changes intended to make it easier for homeowners to prove that their home is being occupied unlawfully. Also, there will no longer be a requirement to show that a squatter has displaced a resident and that the victim has nowhere else to live.

Some specialist insurances cover damage caused by squatters and the costs of eviction, but most household policies do not. And where cover is in place, because it is currently only a civil offence, it can be a long and very expensive haul to evict the squatters.

Particularly vulnerable are rental homes that have voids between lets – squatter groups in cities like Brighton monitor removal activity and have been known to occupy an empty house within hours of the tenants moving out.

As a further illustration of the confidence of squatters, and that they have every right to live wherever they choose, later this month; from 17th – 20th May, there will be the ‘Squatters Convergence in Brighton’ with their slogan ‘Oh we do like to squat beside the seaside’. SNOB, the Squatters Network of Brighton, says “Celebrate squatting, meet squatters from all over the UK and other countries, spread the word about what’s going on in your city, and mobilise for action against the squatting ban right on Mike Weatherley’s door step.” Mr Weatherley is the Conservative MP for Hove and Portslade.

Campaigners complain that the Act ‘criminalises the homeless’ and will add to the numbers of people living on the streets, but Justice Minister Crispin Blunt says that homeowners need more protection: “For too long squatters have had the justice system on the run,” he said. “Not any more. Hard working homeowners need and deserve a justice system where their rights come first, this new offence will ensure the police and other agencies can take quick and decisive action to deal with the misery of squatting.”

Justice Secretary Kenneth Clarke said: “The Act will fundamentally improve many areas of the justice system and start to tackle the shameful rate of reoffending in this country, as well as ensuring we have clear, tough prison sentences and suitable punishments for criminals who use knives to threaten others, ruin lives with dangerous driving or who squat in people’s homes.”