Everything you need to know about living in Manchester

With the fifth largest population in the country, Manchester is a true powerhouse of the North West. Manchester has a rich industrial heritage and the city has grown to become one of the most diverse in the UK and is hugely popular with property hunters. In this Manchester guide, we’ll tell you everything you need to know about the city, where to live and how much it costs to buy a property. We’ll also highlight the city’s best schools, pubs and restaurants, and showcase the area’s superb transport links.

Properties for sale in Manchester 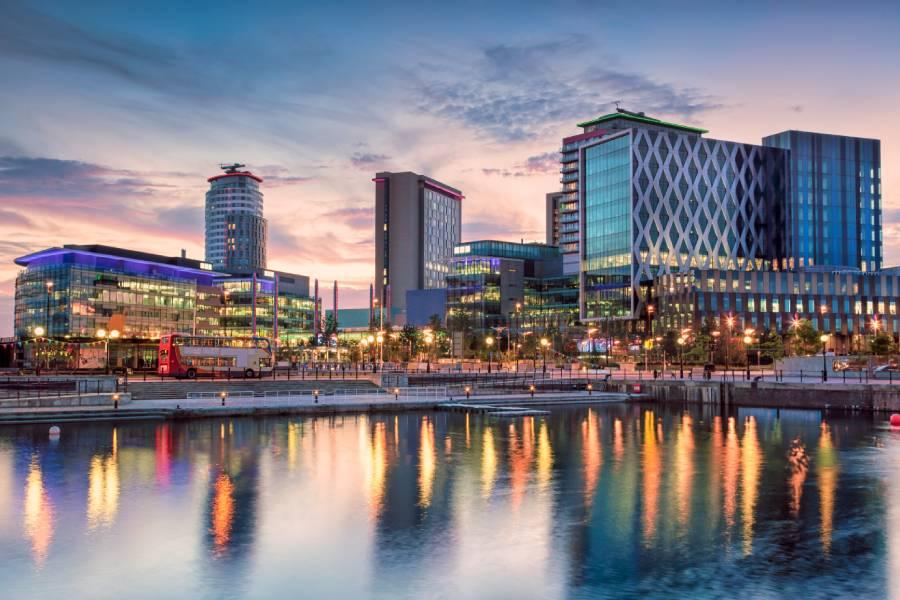 Manchester sits to the west of the Peak District National Park, halfway between Sheffield to the east and Liverpool to the west. The metropolitan county of Greater Manchester includes the cities of Manchester and Salford and the boroughs of Bolton, Bury, Oldham, Rochdale, Stockport, Tameside, Trafford and Wigan.

Is Manchester a good place to live?

The diversity and vibrancy of Manchester makes it a great city to live in.

It offers buyers and renters a superb lifestyle that fuses urban living with fantastic green spaces. Its strong transport links to the rest of the north of England also make Manchester a convenient place to put down roots, yet remain well connected to the rest of the country.

Property for sale in Manchester: What you’ll find

As you might expect from a city the size of Manchester, there’s a huge variety of property available to rent and buy.

In the city centre, you’ll find an array of modern flats and apartments in areas like Spinningfields and the Northern Quarter. Ancoats, meanwhile, features some of Manchester’s best industrial conversions, with old cotton mills turned into trendy loft-style apartments.

Further out, Chorlton is home to some great period homes as well as more modern apartments, while Prestwich has an equally strong mix of period, post-war and modern family homes.

Where to live in Manchester

Manchester city centre’s skyline has changed dramatically over the past decade, with a raft of new developments making the city a hugely desirable place to live. Young professionals seeking flats and apartments close to the heart and soul of the city should start their search around areas like Spinningfields, Northern Quarter, Ancoats and Castlefield.

The town of Prestwich lies just inside the M60 in the borough of Bury. Although it’s a mere three miles north of Manchester city centre, Prestwich is a great option for buyers who want great access to the city but also prefer a leafier, ‘village’ feel.

As well as great access to Manchester and Salford, Prestwich has a lively and thriving town centre all of its own, as well as a solid community feel. On top of that, Prestwich is also home to Heaton Park – one of Manchester’s best outdoor spaces.

Three miles south west of the city centre, Chorlton feels a world away from the hustle and bustle of Manchester. Yet a 15-minute tram ride places you right in the heart of the city – making Chorlton an area that truly offers the best of both worlds.

Filled with independent cafes, bars and retail, Chorlton has a lovely community feel and as it’s just a six-minute car journey from Old Trafford, it’s an ideal place for football fans on the red side of the city. 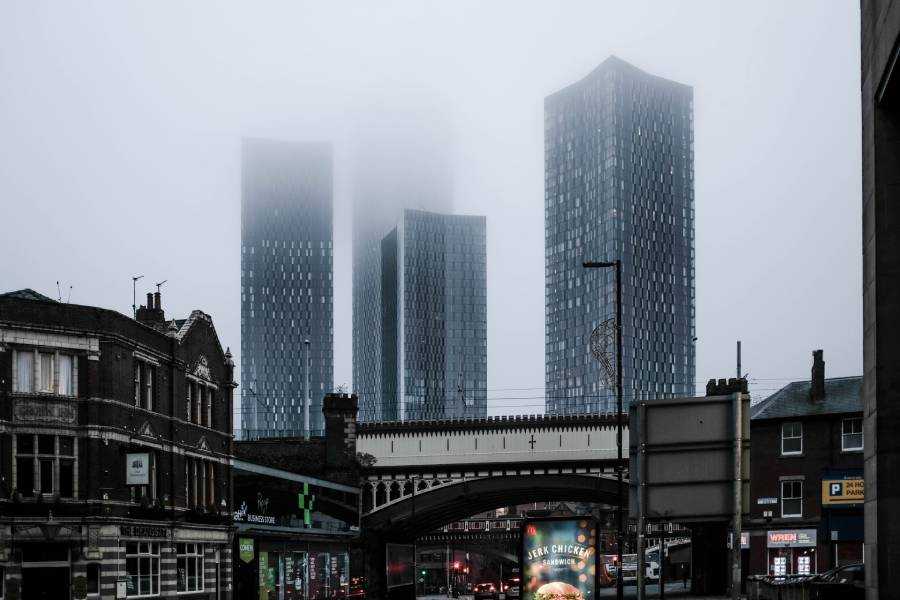 Is it expensive to live in Manchester?

According to Numbeo, the cost of living in Manchester is 14% less expensive than London, with rents in the city almost 54% cheaper than in the capital.

The average price of a property inside the M60 motorway in the year to May 2021 was £196,358, according to Dataloft Inform – substantially lower than the UK national average.

Property prices in Manchester grew by 6% in the year to May 2021, compared with 7.4% growth in the North West as a whole and 8.5% growth in England and Wales.

The average monthly rent for a property in Manchester is £833*, which is a 3% rise on the previous year. As many as 74% of properties let in Manchester are flats, with 71% of tenants aged between 18 and 29.

Buy-to-let investors, meanwhile, can expect healthy yields of between 5% and 7% from rental properties in Manchester. A flat inside the M60, for example, commands an average monthly rent of £830 and a purchase price of £172,000 – meaning an average rental yield of 5.7%.

Manchester’s suburbs and the boroughs of Greater Manchester are hugely popular with families thanks to a host of good schools. The city of Manchester is home to no fewer than 50 ‘Outstanding’-rated primary schools, including:

The Greater Manchester motorway network means the city is perfectly located for access to the whole of the UK.

The M60 Manchester ring road connects the city to all other major motorways including:

The M6, meanwhile, is within easy reach for the West Midlands and the Scottish border. Prestwich, in particular, is perfectly located close to junction 17 of the M60, meaning easy access to almost all of Greater Manchester’s metropolitan boroughs.

1. The Briton’s Protection: Serving award-winning ales in a traditional city pub, the Briton’s Protection in Deansgate has been pulling pints in Manchester since the early 1800s. As well as its great selection of ales, the venue is best known for offering more than 200 different types of whisky.

2. The Wharf: Located in Castlefield, The Wharf is situated on the banks of the Bridgewater Canal. The venue was built in 1998 on a site dating from 1889 and if you like to slip into a small nook for a peaceful pint of something cold, it’s the perfect establishment.

3. Tib Street Tavern: Manchester is sometimes dubbed the football capital of England thanks to the success of Manchester United and Manchester City. And if watching the game with a crisp pint is your thing, there are few better places to do so in Manchester than in front of the Tib Street Tavern big screens in the Northern Quarter.

4. The Beagle: Located to the south of the city in Chorlton, The Beagle serves a wide variety of craft beers alongside New York-inspired pizza. The Beagle is a real focal point of the Chorlton community and a must visit for those in South Manchester.

5. The Crooked Man: When it comes to keg and cask ale, the Crooked Man in Prestwich takes some beating. The venue also supports local artists and photographers and holds regular exhibitions, alongside weekend DJs.

Five of the best restaurants

Manchester is home to a huge number of highly regarded restaurants and, in 2019, gained its first Michelin star venue since 1977.

1. Mana: Manchester’s first Michelin star restaurant in more than 40 years, Mana in Ancoats offers British fine dining cooked in an open kitchen. Expect a menu with a difference at Mana, where reindeer moss and nixtamalized corn broth are staples.

2. The French at the Midland: The French became Manchester’s first Michelin star restaurant back in 1974 – and the venue is still going strong today. The restaurant is based in Deansgate’s Midland Hotel and Chef-Patron Adam Reid’s modern British menu earned the venue four AA rosettes.

4. Bundobust: Bundobust actually started life on the other side of the Pennines in Leeds, but opened its doors in Manchester’s Northern Quarter earlier in 2021. The venue serves Indian street food along with craft beer, pairing two of the fastest-growing trends in UK dining.

Things to do in Manchester

Manchester pairs the very best of urban living with rural bliss thanks to its location alongside the Peak District National Park. So, if you like open green space and exploratory walks, the city offers easy access to both the national park and more local spots like Hollingworth Lake, Heaton Park and Haigh Hall.

History lovers should visit the architectural glory of John Rylands library and Manchester cathedral, alongside the Manchester Museum and Imperial War Museum North.

Of course, Manchester is synonymous with football and a visit to the National Football Museum reveals the social history of the Beautiful Game, alongside stadium tours of Manchester City’s Etihad home and the ‘Theatre of Dreams’ itself, Old Trafford.

Finally, shoppers are in retail heaven in Manchester thanks to the city’s two major centres the Trafford Centre and the Arndale. 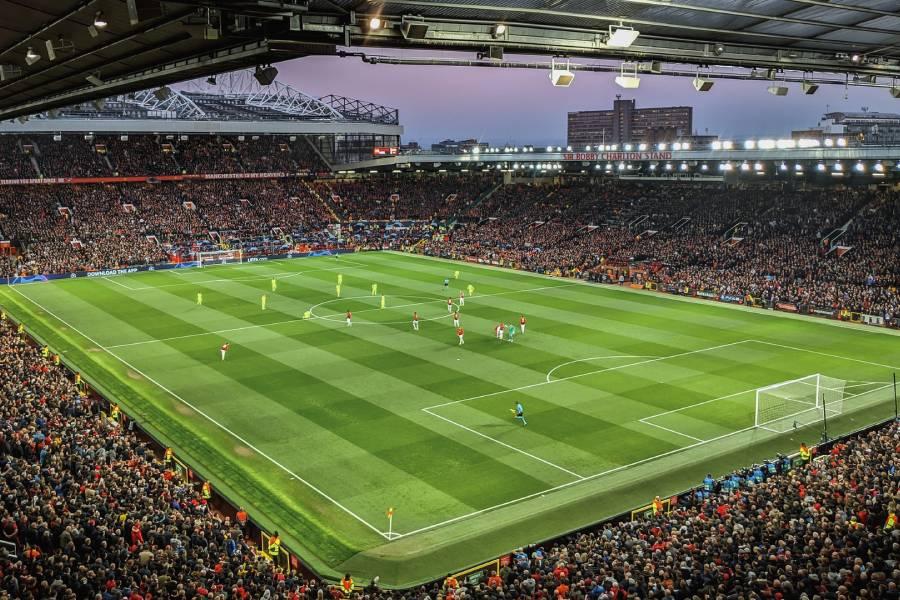