Everything you need to know about living in Birmingham

Birmingham has long been considered the UK’s second city – an industrial powerhouse of the 18th century and now a hugely popular place to live. In this Birmingham guide, we’ll tell you everything you need to know about the city, including the best areas to live and how much it costs to buy a property. We’ll also highlight the city’s best schools, pubs and restaurants, and showcase the area’s superb transport links.

Properties for sale in Birmingham 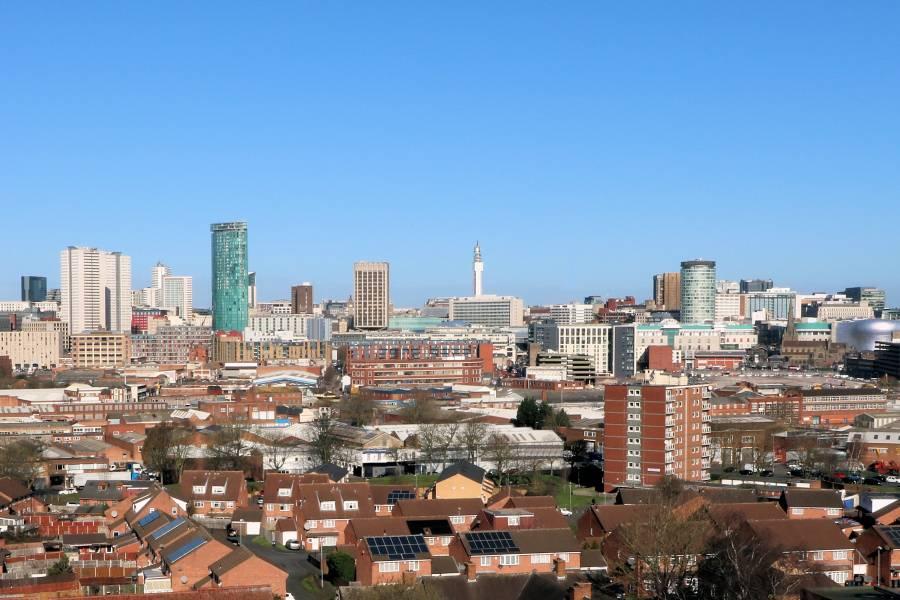 What region is Birmingham?

Birmingham is the largest city in the West Midlands region and is also a metropolitan borough. It’s the UK’s second largest city behind London, with more than a million people living in the city itself and more than four million in the metropolitan area.

Is Birmingham a nice place to live?

In 2019, Birmingham was named among the 50 best cities in the world to live. And in 2020, the city topped a poll by price comparison site CompareTheMarket to be named as the UK’s safest city to live in.

A multicultural hub, Birmingham really does offer something for everyone and with great employment opportunities and great, affordable housing, the city is hugely popular with UK property hunters.

The best places to live in Birmingham

Whether you’re looking for lively, city centre living or a large family home and great schools in the suburbs, Birmingham has plenty of choice. Here are some of the best areas you should definitely consider…

Great city centre areas, inside the A4540 Middleway, to live in Birmingham include:

Digbeth is one of the city’s most up and coming areas with a bohemian feel and industrial history oozing from the old buildings and railway arches that make it a really unique part of Birmingham to live in.

The Jewellery Quarter, meanwhile, is hugely popular with tech and media workers, who have flocked to the area for its blend of heritage, café culture and creative business opportunities.

The Westside area is also very popular with young professional buyers and renters, with former industrial buildings having been converted into trendy, loft-style apartments alongside stylish cocktail bars and modern restaurants.

Three miles south west of Birmingham city centre, Harborne offers a more relaxed, ‘urban village’ feel compared with the hustle and bustle of life inside the Middleway. Popular with families and young professionals, living in Harborne means easy access to the city for work and leisure, but a sense of peace and tranquillity that comes with a quiet suburb. 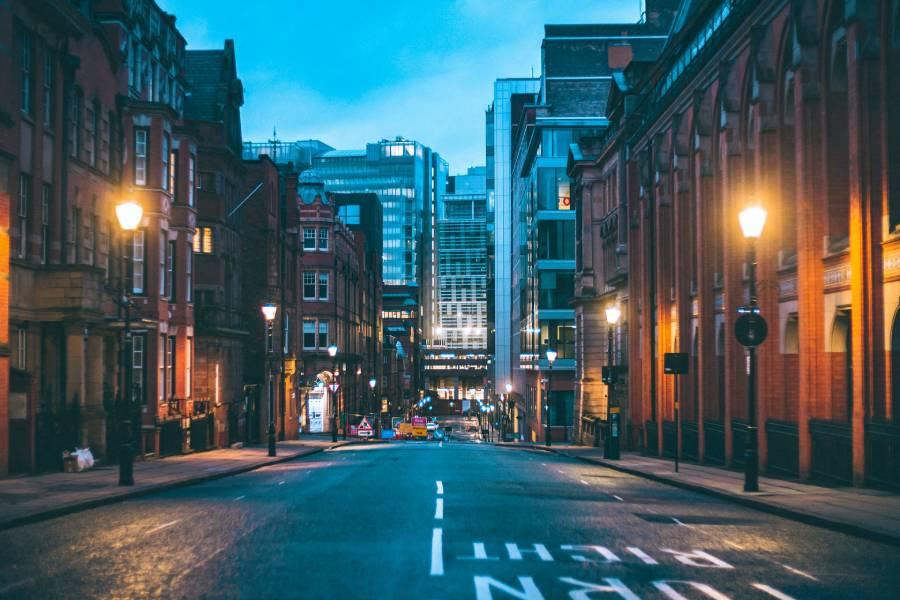 Property for sale in Birmingham: What you’ll find

In Birmingham city centre, including areas like the Jewellery Quarter, Westside and Digbeth, you’ll find a mix of new developments of flats and apartments and industrial conversions.

Away from the city, Harborne offers some of Birmingham’s best Victorian and Edwardian properties, and larger 1920s family homes.

Solihull, too, is home to great Edwardian and 1930s homes, as well as more modern developments, while Edwardian, 1920s and 1930s semi-detached properties are readily available in Sutton Coldfield.

Is it expensive to live in Birmingham?

According to Numbeo, the cost of living in Birmingham is just under 20% less expensive than London, while rent is almost 60% cheaper than in the capital.

The average price of a property in Birmingham city centre, inside the Middleway, in the year to June 2021 was £196,003, according to DataLoft Inform.

That compares with the average UK property price of £256,000. Prices in central Birmingham have fallen by around 9% over the 12 months to June 2021, compared with an 8.7% rise in the West Midlands and 10.1% growth in England and Wales as a whole.

The most expensive Band H properties, meanwhile, cost just under £3,500* in council tax. Council tax prices in Solihull are similar to Birmingham, while Sutton Coldfield prices are slightly higher due to a precept being applied.

Property to rent in Birmingham

Rental properties in Birmingham range from the new developments and industrial conversions of the city centre to larger family homes in areas like Solihull and Sutton Coldfield. City centre flats are popular with young professionals, particularly in the Jewellery Quarter, Digbeth and Westside.

The average monthly rent for a property inside the Middleway in Birmingham city centre was £765 in June 2021 – an 8% fall on the previous year.

A huge 86% of properties let in central Birmingham in the year to June 2021 were flats, with 70% of tenants aged between 18 and 29. The average rental price in Harborne, meanwhile, was £844 in June 2021, with properties in Solihull commanding average rents of £914 and Sutton Coldfield £849.

Landlords looking to invest in the city can expect yields of 4.5% and 5.5% – outperforming many other towns and cities in the UK. 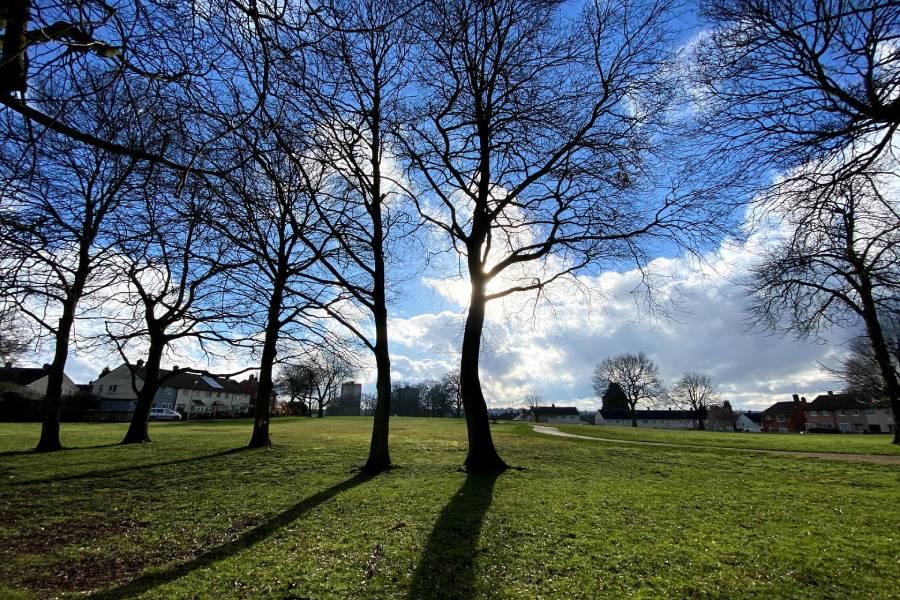 The best schools in Birmingham

Birmingham offers family buyers some great options when it comes to primary and secondary schools. There are 21 ‘Outstanding’-rated primary schools within three miles of the city centre, including:

‘Outstanding’-rated Secondary schools within three miles of the city centre include:

As a major city, Birmingham has superb transport links to its suburbs and the other major towns and cities of the UK. Harborne is a 16-minute drive to Birmingham city centre via the B4124, while Solihull is a 20-minute drive using the M42 and M6 motorways.

Sutton Coldfield is also a 20-minute drive via the A38(M).

Birmingham is flanked by the M6 motorway to the North West and the M5 to the South West, while the M42 and A45 provide access to Coventry and Tamworth and the A41 runs from the city centre to Solihull.

Whether you’re looking for a city centre haunt, a classic country pub with a garden, or a top Michelin-starred restaurant for a special occasion, Birmingham has it all…

1. Bacchus Bar - One of Birmingham’s oldest pubs, dating back to the late 1300s, Bacchus Bar is close to New Street station and is a real step back in time.

2. The Old Crown - Another 1300s offering, but this time in Digbeth, Queen Elizabeth I once stayed in the rooms on offer at the Old Crown.

3. Cherry Reds - More modern than many of Birmingham’s traditional pubs, Cherry Reds has been open since 2010 and can be found close to New Street station.

4. The Plough - Harborne is certainly not short of great pubs, but The Plough is one of the most popular thanks to its extensive menu, cask ales and stunning beer garden.

5. The Four Oaks - Located near to Sutton Park in Sutton Coldfield, The Four Oaks has a classic pub menu, good-sized beer garden and everything you’d expect on tap.

6. The Distillery - Gin is the drink of choice for many and there’s no better place to sample it than The Distillery. Located next to the Birmingham Canal in Ladywood, the venue has a huge terrace which is perfect to enjoy a tipple on a warm summer’s day.

7. Old Joint Stock - In the heart of the city next to Cathedral Square, Old Joint Stock is now a bustling pub and theatre, but the building used to house a Victorian bank. As well as great beers and ciders and an extensive menu, the venue’s theatre seats 100.

8. The Junction - A huge part of the Harborne community since 1904, The Junction sits on the corner where Vivian Road meets the High Street. It’s a step back in time, but expect to find premium cask ales and hearty pub food, as well as a cosy courtyard garden.

9. The Rose Villa Tavern - While most pubs stick to either a contemporary or modern ambiance, The Rose Villa Tavern combines both – and does so brilliantly. So, expect to find Edwardian tiles fused with an upcycled red phone box, as well as a great range of cocktails, craft ales and spirits.

10. The Hare & Hounds - If you’re looking for live music, the Hare & Hounds is renowned for it. Located in Kings Heath, south of the city centre, the venue once hosted famed Birmingham band UB40 and is still welcoming some of the best up and coming artists today.

10 of the best restaurants

1. Adam’s Restaurant - Run by renowned chef Adam Stokes and wife Natasha, Adam’s in Birmingham city centre boasts one Michelin star and three AA rosettes. With a focus on bringing the best out of classic British ingredients, Adam’s truly is a must-visit.

2. Purnell’s Restaurant - Owner Glynn Purnell trained with the likes of Gordon Ramsey and Gary Rhodes and was first awarded a Michelin star in 2005. Purnell’s also focuses on classic British ingredients, while Glynn’s ‘Yummy Brummie’ personality shines through in the extravagant presentation of Purnell’s dishes.

4. Streetly Balti - Of course, no list of Birmingham restaurants would be complete without an Indian eatery and one of the best is Streetly Balti, in Sutton Coldfield, which has more than 300 five-star TrustPilot reviews. The venue has recently upgraded its interior and menu, so now is definitely the time to visit.

6. Tattu - With venues in Manchester, Leeds and Edinburgh, as well as its flagship eatery in Birmingham, Tattu is a brand on the up. Serving modern takes on traditional Chinese favourites, expect to see dishes like Lotus Chip Mess and Caramel Soy Beef Fillet.

7. Craft - Craft is quite an experience – and that’s before we even get on to the food.  With dining pods and capsules, there’s no such thing as a simple table and chairs at this venue, which serves classics like fish and chips and rice pudding – but not as you know them.

8. Original Patty Men - There’s lots of competition in the burger stakes in Birmingham, but Original Patty Men in Digbeth regularly comes out on top in the polls. Their burgers are messy and indulgent, but you can still expect to find local ingredients like Tamworth streaky bacon among the American cheese and Alabama sauce.

9. La Galleria - La Galleria is one of Birmingham’s best-loved Italians, serving rustic, authentic pizzas and pasta dishes. Close to New Street station in the city centre, La Galleria is best known for its pizzas, which are cooked in front of diners in an open kitchen.

10. Sabai Sabai - A real Birmingham success story, Sabai Sabai now has restaurants in the city centre, Moseley and Harborne. Sabai Sabai serves classic Thai dishes but with a modern twist and some really special cocktails on the side. 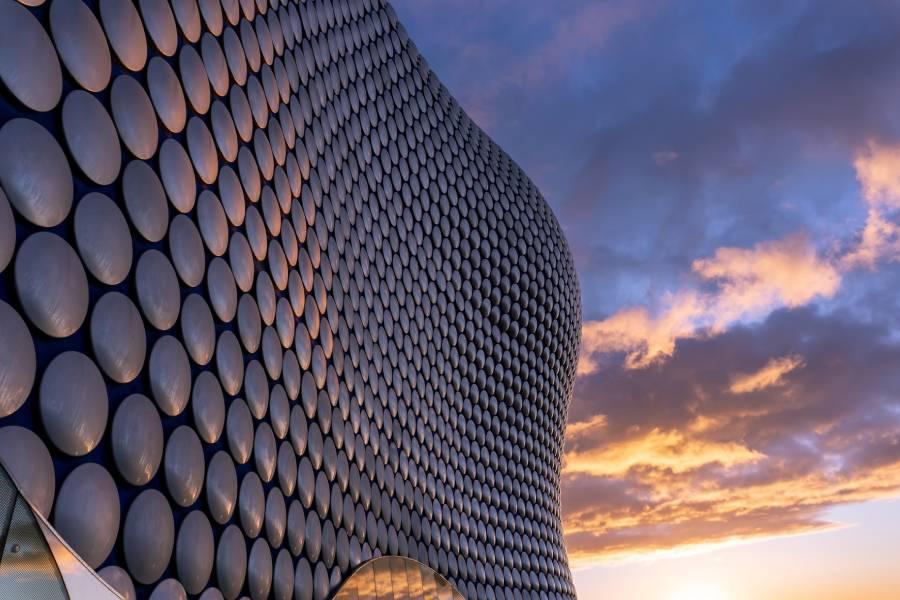 Things to do in Birmingham

Birmingham’s rich history and heritage is celebrated at the Birmingham Museum and Art Gallery in the Ladywood area of the city, while the National Motorcycle Museum in Solihull has more than 1,000 machines on display.

The Museum of the Jewellery Quarter is also well worth a visit, with a preserved workshop and demonstrations of the manufacturing techniques used throughout the area’s rich history.

And although Birmingham’s incredible industrial past is clear to see, the city is also home to some tranquil green spaces, including:

And if retail therapy is your thing, there are few better cities in the UK to splash the cash than Birmingham. The city’s largest shopping centre is the Bullring, which features more than 200 shops and two huge department stores. The Mailbox, meanwhile, is home to Harvey Nichols and 200 additional brands in women and menswear, beauty, food and wine.

The city is a huge supporter of independent and boutique brands, too, with a host of traditional arcades. In particular, the Great Western Arcade is packed full of Victorian charm and award-winning shops.